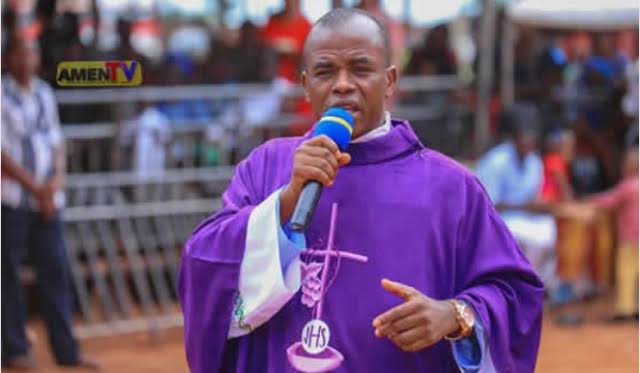 While delivering his cross overnight message for the year 2022 on Friday at the Adoration Ground, Mbaka also alleged that there was a plot to kill him after his row with the Catholic Diocese of Enugu in May last year.

KanyiDaily recalls that on 5 May 2021, Mbaka allegedly went missing for almost 24 hours following a meeting with Bishop Callistus Onaga over his exchange of words with Nigeria’s presidency.

During the meeting, Bishop Onaga reportedly cautioned Mbaka against meddling in politics after the priest attacked President Buhari, asking him to resign or be impeached for “bad governance”.

After an alarm was raised that Mbaka had gone missing, followers embarked on a protest to the bishop’s residence where they allegedly destroyed properties within the premises.

Mbaka later appeared and took his followers away to a location where he addressed them, claiming he was denied access to his phones and ordered to proceed on a one-month suspension.

The outspoken priest also apologized to the bishop and other Catholic faithful of the diocese for the destruction of the church’s properties and for all the troubles he has caused.

In his New Year preaching on Friday night, Mbaka told his followers that the reason behind his summoning by the diocesan leadership was sinister.

He said, “The day you people protested in Enugu while searching for me, it was the night that they would have killed me already.

“You know they gave me order (at the time) not to come here (Adoration Ground) again till 30 days. Somebody that was summoned to a meeting.

“It was the meeting I went for, but I didn’t know it was a panel. It was in that panel that they gave me an order not to conduct adoration again until 30 days and that I won’t enter my house until 30 days. I was asked to just move somewhere else other than Adoration ground or my house.”

Father Mbaka said he obeyed the Bishop’s order, but that the Holy Spirit ministered to him that he should not park “anywhere”.

He said, “I didn’t know I was being tracked that night. Before the next day you people started searching for me.”

“Their plan was to capture me that night and drag me to Cubana (Hotel) and take me to Mobil where prostitutes stay and then take me around (there) and then, show video of me in the place (Brothel) so that people would ask what Mbaka was searching for in brothel.

Mbaka subtly accused Bishop Onaga of having a hand in the plot, although he did not mention names of those directly involved or how he got privy of the information.

He cautioned the bishop against pushing him “to the level of rebellion”. The priest said he has “thousands of followers” ready to defend him.

The cleric also warned some Catholic priests whom he said are involved in the “attack” against his Adoration Ministry.

Father Mbaka said he has reviewed his initial apology to the church leadership and realised it was people who treated him badly that ought to apologise to him.

He warned people fighting his ministry to steer clear of it. He said he was wondering why the Catholic Church would not “appreciate what she has”.

He said he and Adoration faithful had never talked ill of the Bishop in the Adoration ground, adding that whoever he takes as a father should also take him (Mbaka) as a son.

READ:  Thief Dragged Out Of Police Station In Cross River, Burnt To Death By Angry Mob Over Murder [Photos]

‘I Never Asked Nigerians To Vote For Buhari”

Speaking on his prophecy that Buhari will become president in 2015, Mbaka said he only declared a revelation he received that Buhari will win the election, but he didn’t ask Nigerians to vote for him.

He said, “When I was saying that Buhari would be President, there was nobody I told to vote Buhari.

“People were quoting me out of context. I said it was revealed to me that Buhari would be President (in 2015), does that mean I said you should vote him? It is vision, but I said if he begins to mess up, that I will attack him. It is in the tape. And he messed up and I started attacking him.”

KanyiDaily recalls that Father Mbaka had recently asked President Buhari to focus on building more industries instead of purchasing more fighter jets that will be used to destroy the country. 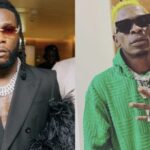 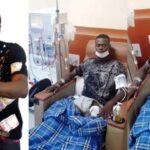