KanyiDaily recalls that the cleric had recently offered free accommodation and medical treatment to the actor after he was seen living in an open shelter, opposite a closed shop, with various cooking utensils which belonged to him.

However, in a recent post shared on his social media page, Apostle Chibuzor expressed frustration over the actor’s demands, particularly about Aguba’s request for a ‘virgin wife from Isreal.

He wrote, “His life was disorganized. What I want to do is to rearrange his life, to help him achieve all the things he couldn’t all this years in Nollywood, I want to help him archive it. He has no wife, no children.

“Now, I called the widows under my care who I gave free houses and scholarships to their children but none agreed to marry him except only one woman who accepted. Others said the man is too old.

“The woman said, I can stay with him, then we can open business and run it together and have kids together. But he’s saying he doesn’t want that.

“A wife. I will pay the bride price, I will do the whole wedding, I will invite the actors in Nollywood, it’s going to be a big wedding. Start a business for them.

“Since he’s a comedian, I will assist him in getting some actors, do a movie and make him the prime actor of the movie. That will make him go back to Nollywood again.

“But if he decline, if he doesn’t accept this, then there is nothing else I can do. I will just give you people transport to take him back to where you pick him up from.

“He said, he wants to marry a virgin from Israel… I’m going to bring a doctor. He will rehabilitate his brain because poverty can make somebody run mad. And also, during the process of rehabilitation, we’ll be praying for him.”

KanyiDaily recalls that Kenneth Aguba Jideofor had opened up about his acting career, revealing how he was once paid N200 for some movie roles.

READ:  Davido Set To Help Cynthia Morgan Despite Dissing Him Years Ago, Calling Him A 'Fvck Boy' [Video] 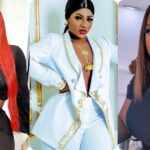 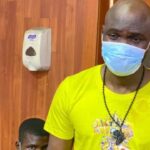