Baba Ijesha’s rape trial lasted over 12 months since his arrest and arraignment in June 2021 for allegedly sexually assaulting a 14-year-old girl, who is the foster daughter of his female colleague, Damilola Adekoya alias Comedian Princess.

The Lagos State Directorate of Public Prosecutions, which proffered the charges against the actor, argued that the offences contravene Section 135, 137, 261, 202, 262 and 263 of the Lagos State Criminal Law 2015, which stipulates life imprisonment for offenders.

Baba Ijesha pleaded not guilty to all the counts. However, a Closed-Circuit Television video recording detailing his relationship with the victim said to be a minor was played in court.

READ:  Future 7th Baby Mama, Eliza Reign Calls Him Out For Not Taking Care Of His Responsibilities

Delivering the judgment on Thursday, July 14, 2022, Justice Taiwo said that the prosecution failed to prove beyond reasonable doubt that the defendant is guilty of all the charges against him.

However, she found the defendant guilty of four of the six counts against him.

The justice said the jail terms are to run concurrently for five years.

KanyiDaily recalls that during the previous trial, Baba Ijesha told the court that he was acting movie script with the 14-year-old girl in a viral video that showed him defiling the minor.

READ:  "I Met 2Face Before Others But My First Child Is His Fifth" - Annie Idibia Laments [Video] 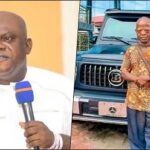 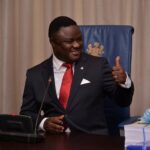