The jilted lover, who last Saturday went on a shooting spree killing seven people in Igando, a Lagos suburb, has come out belching more threats.
He insists he is out to kill more members of the Ozor family. Mr. Henry Ekene Ozor, the man who lost his wife, children and in-laws during Johnson’s attacks made this disclosure in a chat with Daily Sun.
He said Johnson had remained undaunted that he was out to finish the rest of his family who survived his onslaught. Ozor, who has a handful contending with the loss of his wife who was heavy with an eight-month-old pregnancy as at the time she met her untimely death is now living in fears following Johnson’s sustained short message service (sms) threatening that he was not yet done with the family.
“Please help me. My life is in danger,” Ozor pleaded, his voice quivering with fear as he spoke. “Johnson has been sending me threatening messages since that day but it has become worse now as he repeatedly threatened to kill me. In the latest message he sent to me he said:
‘Wherever you go I’ll get you’,” Ozor told Daily Sun. Now living with palpable fear of the unknown, Ozor confirmed to Daily Sun that he had gone into hiding because from the venom in the threat messages Johnson needed to be taken seriously. “I have been hiding.
My movement is restricted. I cannot move anyhow. I cannot go anywhere. Even attending to the children in the hospital has not been an easy task for me. I cannot even move from one ward to the other,” he said. Ozor is a lot more worried because the bloodthirsty Johnson remains on the run.
Some sympathisers who share in his pain fear that the assailant might extend his threat to his home in his native Delta State.
Although the police launched a manhunt for Johnson soon after he committed the heinous crime, at the moment, his whereabouts had remained unknown. However, the police have assured that he would not hide for too long. Johnson last Saturday, February 16, stormed the home of the Ozors and massacred almost the entire household before fleeing.
Johnson had jumped into their compound at the Igando area of Lagos, shot his girl friend, Sandra and her twin, Katherine; Mrs Ozor, their elder sister, who the twins lived with; Mrs. Ozor’s first daughter, Happiness and second daughter, Bethel.
While others died on the spot, Katherine and Bethel survived and were recuperating in an undisclosed hospital. Still blazing with anger, Johnson stormed the home of the Odias and killed Mrs Ngozi Odia, eldest sister to the twins and Mrs. Ozor and her three children including Angela, 12; Chidinma, 10 and Chinenye, eight years old.
With this development, Ozor is now faced with many challenges – coping without his wife, how to bury the seven members of his family, how to tell the incident to his family at home, how to attend to the hospitalised ones and above all how he will survive.
The death threat confronts him as a ghost. It makes the whole situation very unbearable. For days, Ozor said he had not eaten any food, saying he was still dazed by the whole incident. His flat had become a ghost zone, which could not guarantee his safety.
The sorrow of Ozor heightened with the distorted story some blogs painted after the news broke on Tuesday. In the blog, his picture was mistakenly referred to as the runaway killer.
Poor Ozor almost fainted, when his friends began to call to notify him of the error. When Daily Sun met him, he looked calm but really needed help to calm his tensed soul.
His three-year-old daughter, Victory, could not help him at that moment, rather; she was asking after her mother and sisters. She was restricted from seeing the one recuperating in the hospital.
Meanwhile, some sympathizers, who thronged the hospital, said the blood thirsty man, who was still on the run, was also threatening Ozor that he would wipe out his extended family at Igbodo community in Delta State.
Ozor is calling on the Federal Government and spirited Nigerians to wade into the matter and save him and his entire community from Johnson’s cruel plot to exterminate them 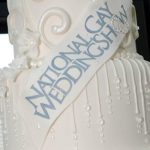