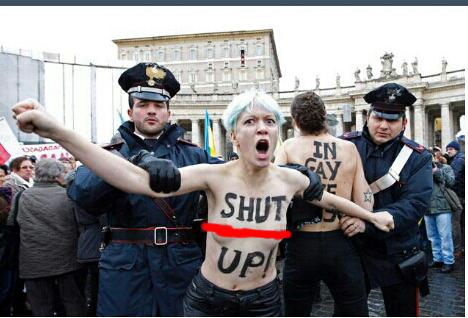 Eight feminists flashed their breasts in the heart of Paris’s Notre Dame cathedral on Tuesday to celebrate Pope Benedict XVI’s shock resignation announcement.
The members of the Femen movement entered the Gothic cathedral dressed in long coats which they whipped off inside while ringing three bells near the altar.
“Pope no more!” they cried. “No more homophobe” and “Bye bye Benedict!”

“This is a sacred place, you can’t strip here,” said a Frenchwoman. 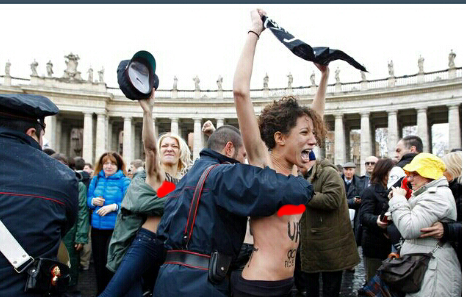 The Femen women’s power group has been making headlines since 2010 for topless feminist, pro-democracy and anti-corruption protests in Russia, Ukraine and London.
The protesters were dragged out of the cathedral by security but remained outside for some time shouting “In gay we trust” and “Get out homophobe.” 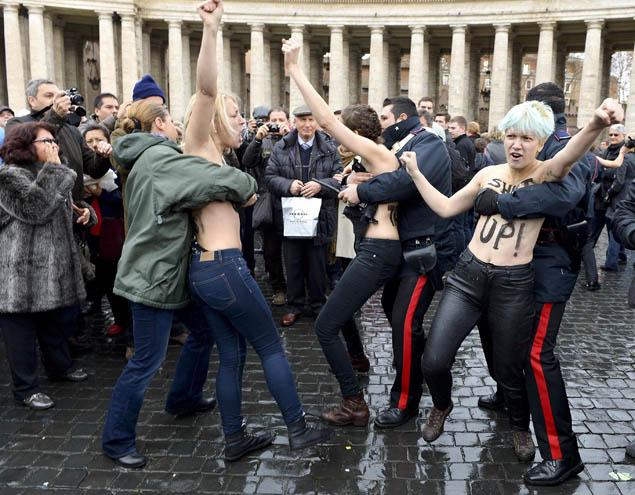