About ten unknown human bodies that are in varying stages of decomposition have been spotted in a burrow pit at Mgbirichi, along the ever busy Owerri-Port Harcourt federal highway and the shocking discovery was made by a group of women, who were on their way to their farm, suddenly discovered two dead bodies that were dumped in the pit.
Scared by the shocking finding, the hapless women rushed back home to announce the development to their fellow villagers.
Confirming this to Vanguard, one of the villagers who spoke on strict grounds of anonymity, said “the community leaders quickly reported the ugly incident to the Divisional Police Headquarters, Umuagwo”.
Continuing, the villager recalled that after seeing things for themselves, including the seemingly fresh bodies and other decaying human parts littered inside the burrow pit, the two fresh bodies were buried in the place.
“Health workers under the watchful eyes of the visiting policemen later buried the two fresh bodies in the burrow pit, while the other decayed human parts, including bones which littered the place, were not attended to”, the villager said.
The new Police Public Relations Officer, Joy Elemoko, a deputy superintendent of police, DSP, could not comment on the issue because she was not able to get across to the Divisional Police Office, DPO, in charge of the area. 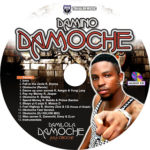