The baby delivered after his parents were killed in a Brooklyn hit-and-run accident is dead. He died a few hours ago. I wrote about them earlier and you can read it HERE

Police were searching for the driver of a BMW and a passenger who fled on foot after slamming into a livery cab, killing the young pregnant woman and her husband. “This guy’s a coward and he should pay his price,” said Abraham, adding that the community wants a homicide prosecution. The horrific crash happened in the Williamsburg section of Brooklyn as the couple headed to a hospital.

The engine of the livery car ended up in the backseat, where Raizy Glauber, who was seven months pregnant, was sitting before she was ejected, Abraham said. Her body landed under a parked tractor-trailer, said witnesses who raced to the scene after the crash. Nachman Glauber was pinned in the car, and emergency workers had to cut off the roof to get him out, witnesses said.
The Glaubers both were pronounced dead at hospitals, and the medical examiner said they died of blunt-force trauma. Doctors had delivered the baby by cesarean section.

Neighbors and friends said the boy weighed only about 4 pounds. The Glaubers’ livery cab driver was treated for minor injuries at the hospital and was later released. Both the driver of the BMW and a passenger fled and were being sought, police said.

Meanwhile, police said the registered owner of the BMW, who was not in the car, was charged with insurance fraud. Police said Takia Walk, 29, was arrested Sunday. They did not have any details regarding the charge. 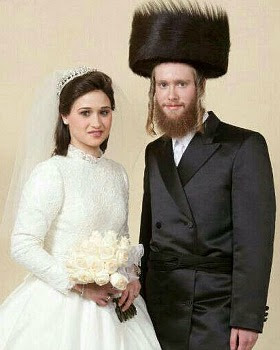 On Saturday, Raizy Glauber “was not feeling well, so they decided to go” to the hospital, said Sara Glauber, Nachman Glauber’s cousin. Abraham said the Glaubers called a car service because they didn’t own a car, which is common for New Yorkers.

The Glaubers were married about a year ago and had begun a life together in Williamsburg, where Raizy Glauber grew up in a prominent Orthodox Jewish rabbinical family, Sara Glauber said.
Raised north of New York City in Monsey, N.Y., and part of a family that founded a line of clothing for Orthodox Jews, Nachman Glauber was studying at a rabbinical college nearby, said his cousin.

Brooklyn is home to the largest community of ultra-Orthodox Jews outside Israel, more than 250,000. The community has strict rules governing clothing, social customs and interaction with the outside world. Men wear dark clothing that includes a long coat and a fedora-type hat and often have long beards and ear locks. 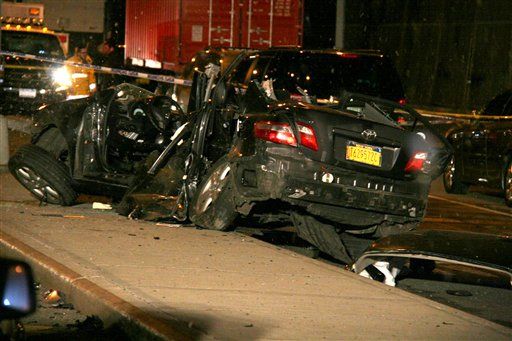 Jewish law calls for burial of the dead as soon as possible, and hours after their deaths, the Glaubers were mourned by at least 1,000 people at a funeral outside the Congregation Yetev Lev D’Satmar synagogue.

Afterward, the cars carrying the bodies left and headed to Monsey, where another service was planned in Nachman Glauber’s hometown. 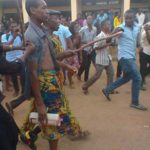