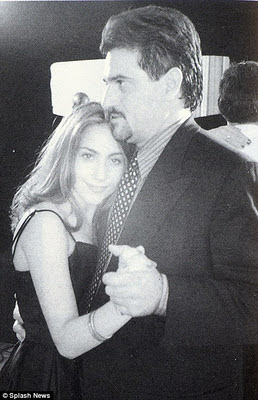 Seeing her on stage,or on the red carpet in all those shocking attires,it might be very difficult to place Lady gaga as a soft hearted lady.But her recent gesture has proven that,despite the facade,she is just a normal lady who loves and appreciates love.Lady gaga whose real name is Stephanie Germanotta,has given her dad 50% of all her earnings.This 50/50 spilt between parents in the music industry is said to be one of its kind apart from the case of Elvis and Col.Tom Parker.

She believes her father has earned his share of her fortune by loving her unconditionally and surpotting her music career back when no one believed she would make it.According to her”I am married to my dad, he is my hero”

When she told her father of her plans to be a star, he used his money and connections to hire the best producers,book studio time and get her to meet with record executives/
Accordingly, in 2005, when she decided to drop out of NYU in her freshman year, he agreed to pay her for 12 months,paying her house rent and providing for her needs.

Who would have thought she would become Music’s biggest star? But he believed in her…thats love!!