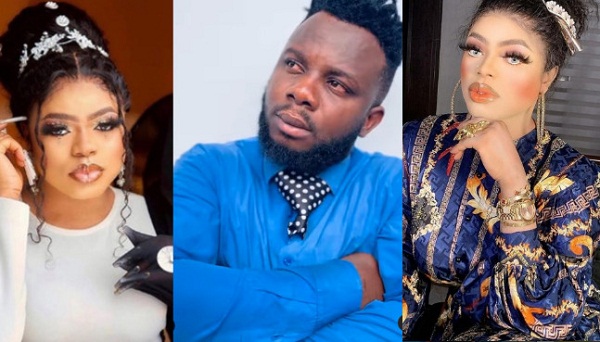 Trouble started when the crossdresser uploaded a video of himself having a meal, with a caption which stated that he doesn’t like problems and would only want to keep enjoying his money.

Bobrisky wrote: “I don’t have a single problem like this, let me just keep enjoying my money and the ones my boyfriend give me too once in a while.”

Taking to the comment section, Sabinus hailed Bobrisky saying that his “face show and his shoe shine”, and the phrase ‘Senior man’ which seems to have annoyed the crossdresser.

He wrote: “Senior Man, your face show and your shoe shine.”

Displeased by the statement, the crossdresser lashed out at the comedian, saying it is his dad that is a ‘senior man’, adding that he would soon arrest him for that.

The crossdresser wrote: “MrFunny_ Na your papa be senior man. I will soon arrest you.” 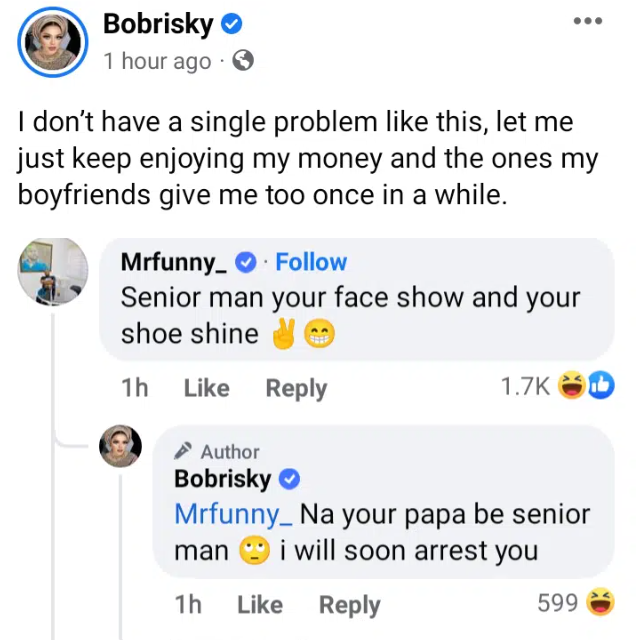 KanyiDaily recalls that comedian, Okey Bakassi had recently mocked Bobrisky and other crossdressers, saying that they were all poor and wretched individuals in Nigeria.

“Christians That Say I’m Not Born Again Because I Wear Bikini Are Bitter And Envious” – Reality Star, Ifu Ennada Lashes Out At Critics

“Nigeria Not Worth Dying Over, Let Another Country Be Your Plan B” – Erica Nlewedim