Nollywood actress, Tonto Dikeh and her ex-best friend, Bobrisky, have taken to social media to drag each other while revealing dirty secrets about their former friendship. 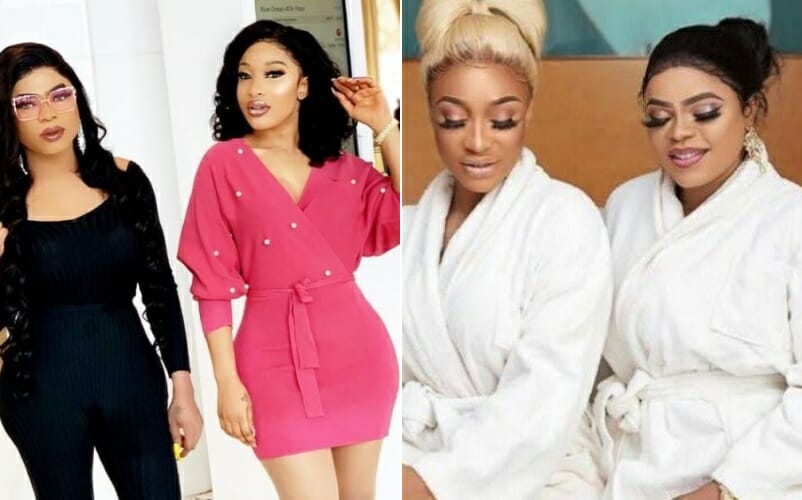 Their fight started on Thursdays when Tonto Dikeh shared a cryptic post on Instagram where she advised her fans not to feel intimidated by things they see online maintaining that many celebrities borrow money and cars to post as theirs.

According to her, some people spend as much as N300,000 to pay bureau de change operators to borrow N5 million they show off on social media. 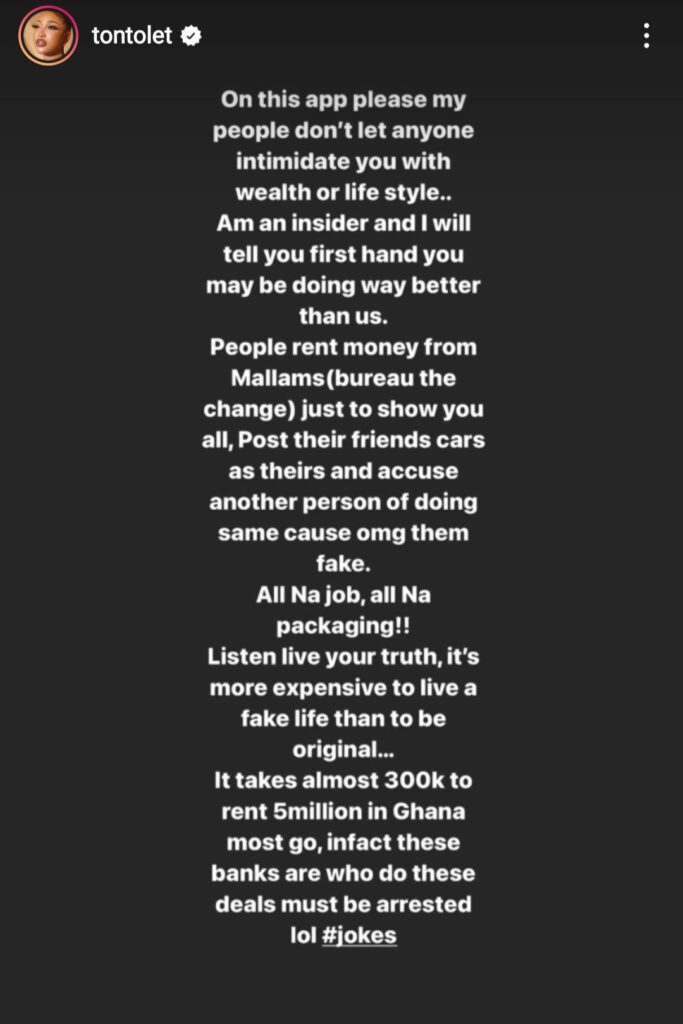 Although Tonto Dikeh didn’t mention anybody’s name, Bobrisky caught the sub and took his Instagram page where he stated that he doesn’t fake things.

Sharing a bag of Naira notes on his page, the crossdresser wrote: ”If you are following me on Snapchat, you will notice dis money has been with me for weeks, we don’t fake it. E choke” 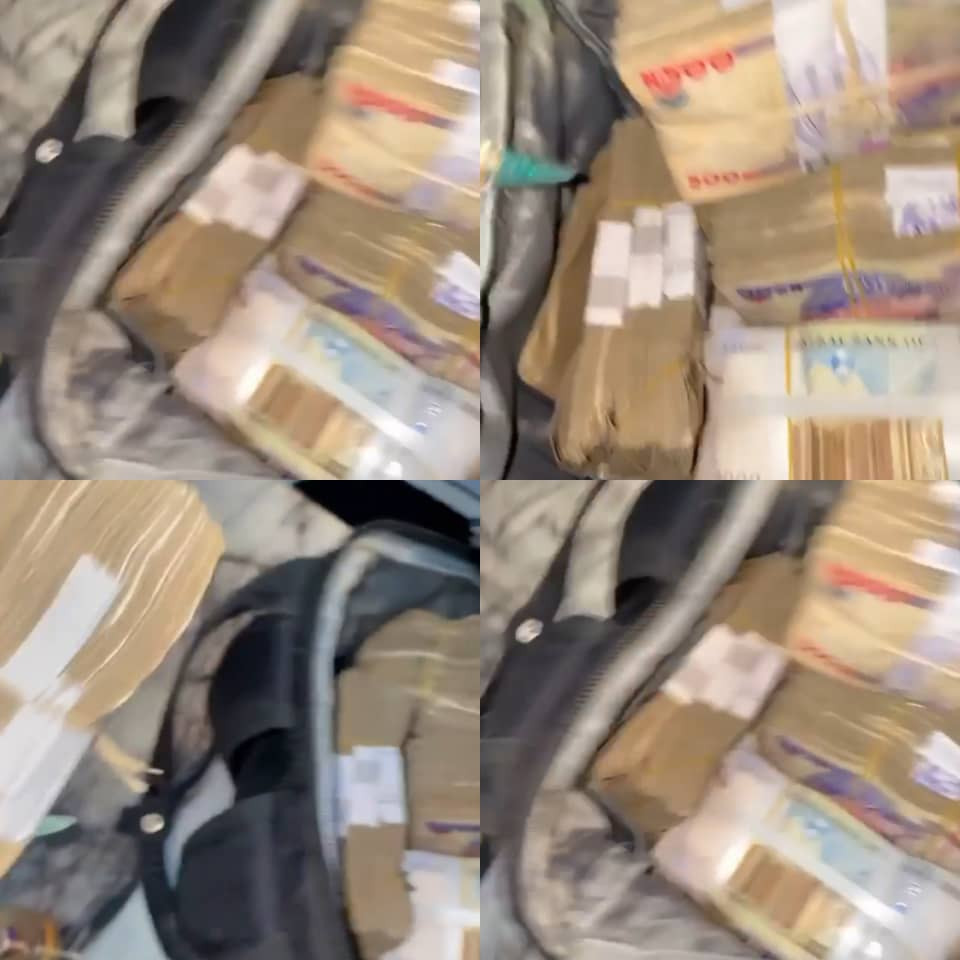 READ:  PHOTO: Notorious B.I.G’s Daughter Gets His Name Tattooed On Her Lip!

In another Instagram post, Bobrisky described Tonto Dikeh as the ”fakest”, warning that she shouldn’t throw stones in a glass house she is inside. 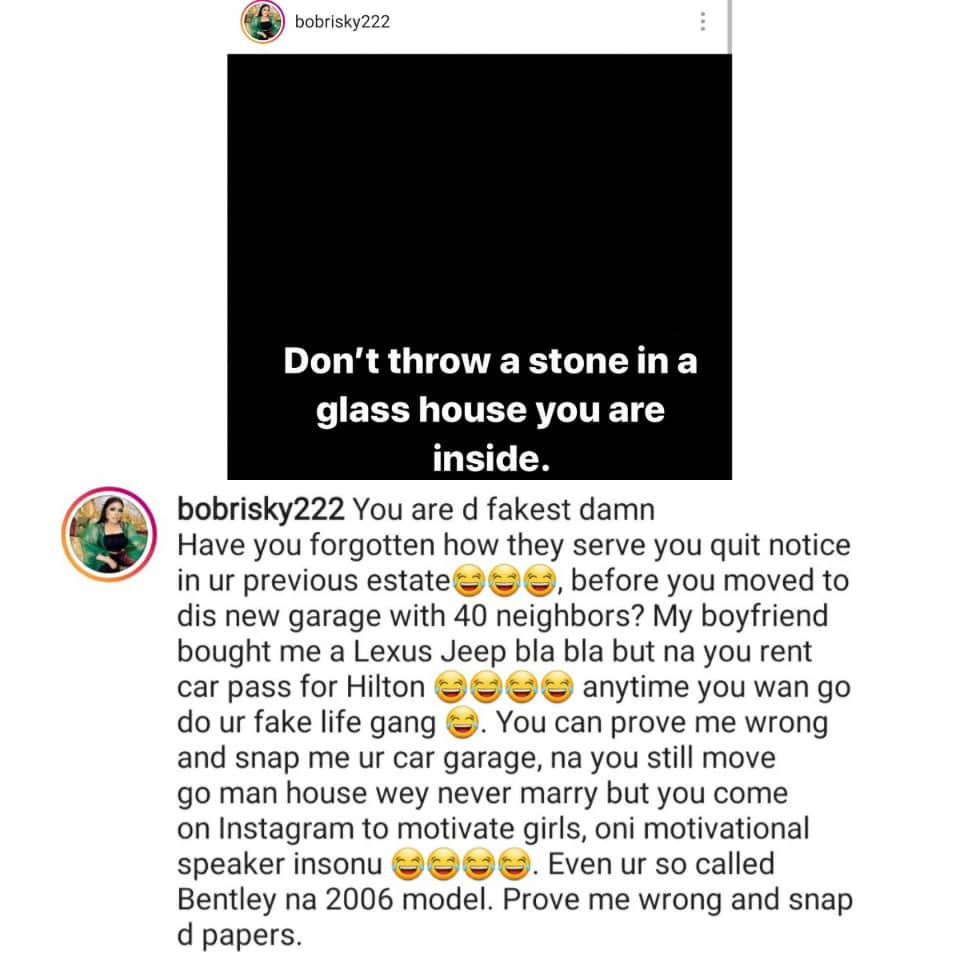 Bobrisky also claimed that Tonto Dikeh was living off him during their friendship days, noting that they parted ways after he resolved to stop meeting her needs.

Backing up his claims, Bobrisky shared screenshots of his last conversation with the actress as proof, adding that Tonto immediately stopped picking his calls after then. 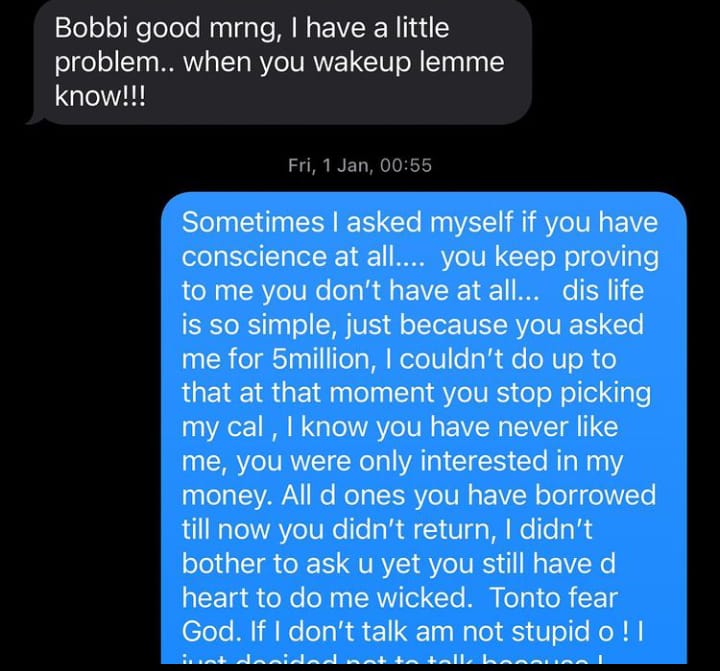 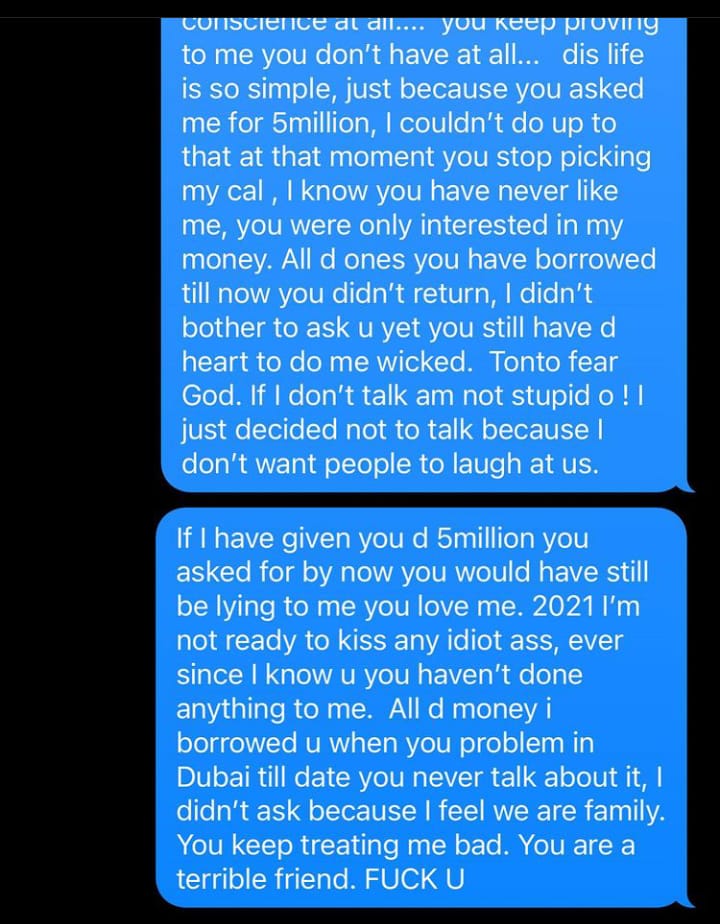 Taking to her Instagram page on Friday, Tonto Dikeh said she regrets being friends with Bobrisky and referred to him as a disappointing human, ungrateful hoodlum, and a disgusting friend.

The actress, who noted that he never wants to be friends with the crossdresser again, said she wouldn’t like to spoil marriages, if not she would have called names of married men Bobrisky has slept with.

She addressed Bobrisky’s claim that she owes him N5 million According to Tonto, the money Bobrisky loaned her was N2 million and that it was when she was in Dubai that she asked him to send it to her family to sort out some things. 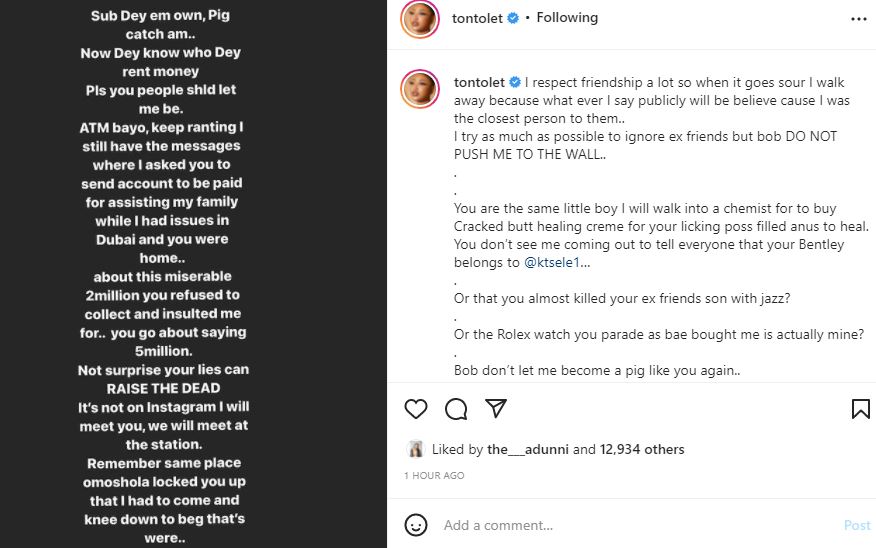 In a swift reaction, Bobrisky stated that the mother of one is fake and broke, adding that she isn’t up to the social media standard she claims to be.

The crossdresser also revealed that Tonto Dikeh allegedly pressured him to provoke a brawl with certain celebrities, according to the lifestyle influencer. 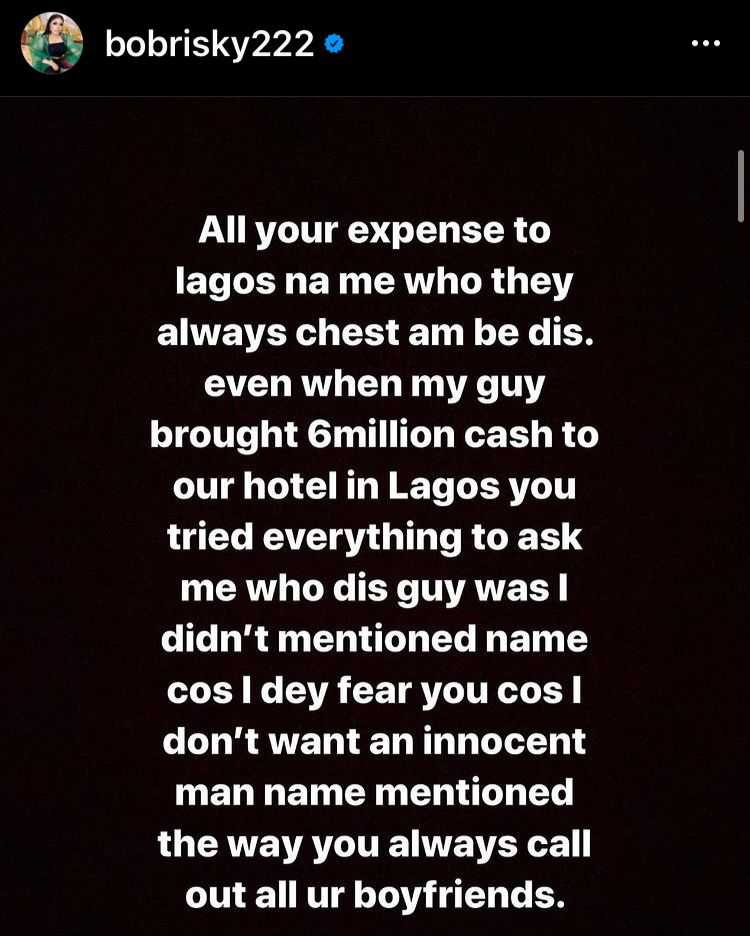 In her latest revelation, Tonto Dikeh alleged that she used to clean Bobrisky’s butt with packets of cotton wool every five hours, noting that the crossdresser is dirty and his butt smells so bad. 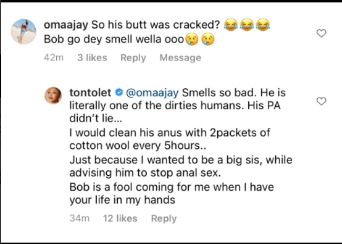 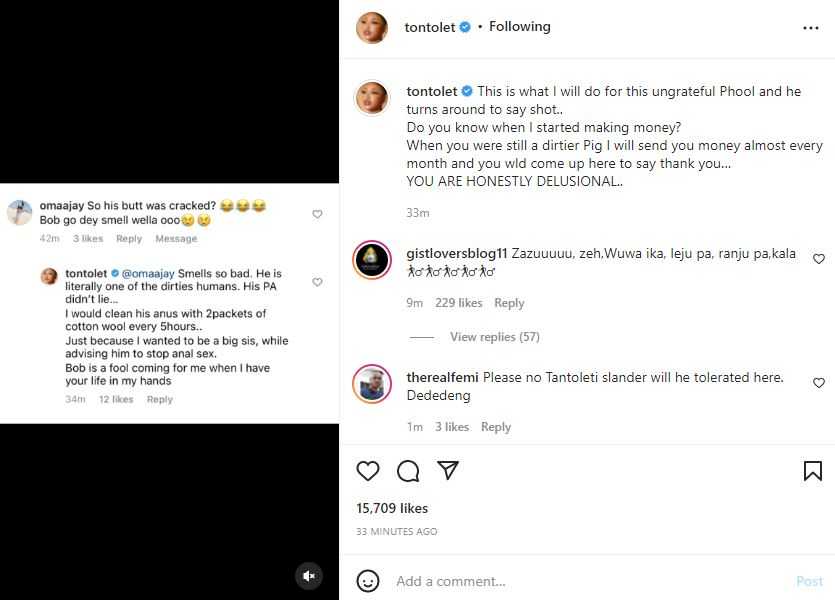 READ:  Jussie Smollett Paid Nigerian Brothers $3,500 For His Fitness, Not To Stage An Attack On Him

As the dragging continues, Bobrisky accused Tonto Dikeh of asking him to send her ex-husband, Olakunle Churchill’s name to his grandmother so she can help take it to a place where they can destroy Churchill. 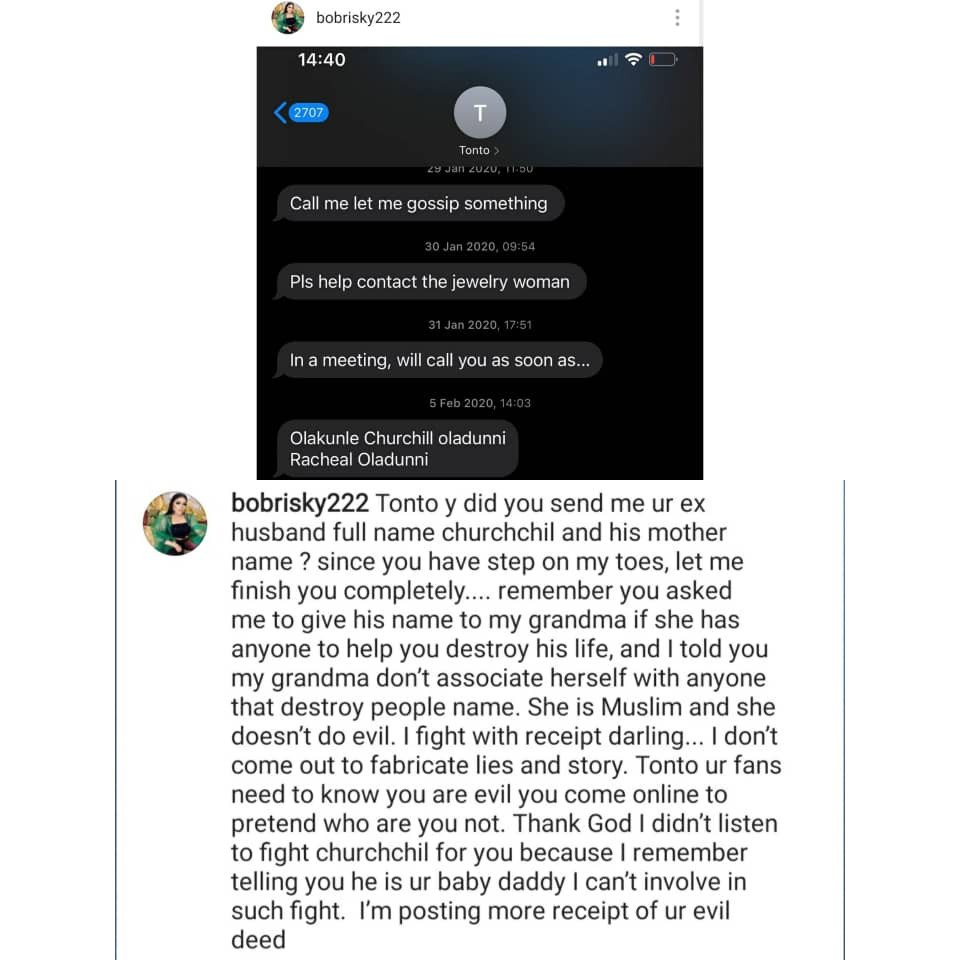 Today’s drama comes just three months after Bobrisky apologized for “humiliating” Tonto Dikeh, promising never to shade her again now that he realized that his actions are wrong. 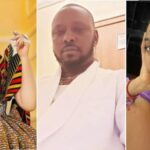 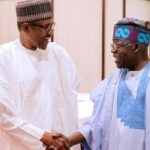