The Lagos State Commissioner Of Police, Abiodun Alabi, has stated that most commercial motorcyclists (Okada) are criminals. 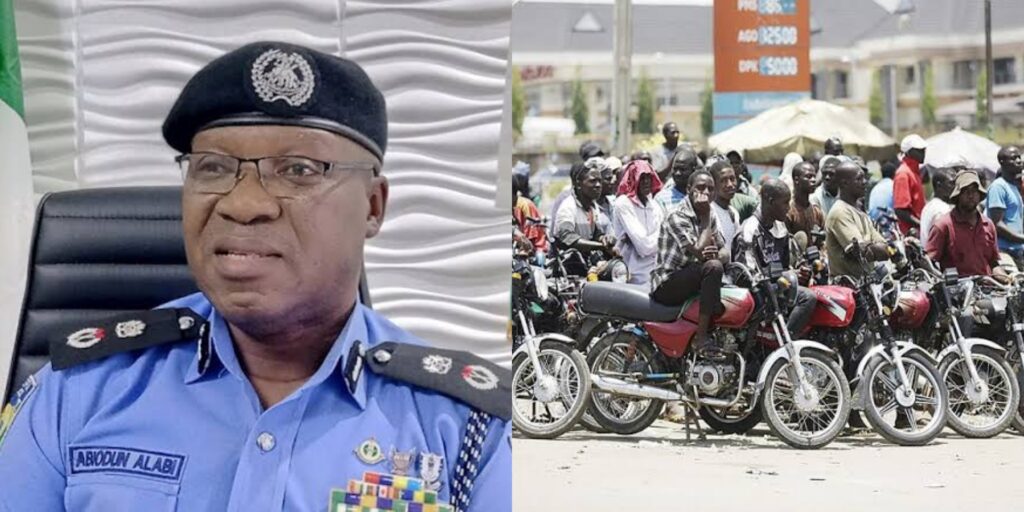 Abiodun made this disclosure during a Channels Television show Sunrise Daily on Thursday, May 19.

This assertion is coming hours after the Lagos State Governor, Babajide Sanwo-Olu banned the operations of commercial motorcyclists in 6 Local Government Areas of the state with effect from June 1.

Alabi while emphasizing the menace that most of these Okada riders constitute revealed that the force has caught a lot of them with locally made guns and subsequently charged them to court.

He went on to say that many of the motorcyclists are unlicensed and operating at free will while causing havoc in the state.

“I want to be emphatic here, most of them are criminals masquerading as okada riders.”

“We have arrested so many of them with locally made pistols in the course of their operations and many of them have been charged to court.”

“They use these okadas to commit a lot of crimes in so many communities; that is why we have been having a lot of dialogue and consultations with their unions.”

“The best way out is to get them off our roads because a lot of them are masquerading as okada riders but are criminals.”

“We know that banning the Okada riders can actually increase the crime rate. And we are not unmindful of that and we are already putting in place a lot of strategies to contend with it.”

“We know that it will send a lot of them to unemployment. We are aware of that and are preparing for it.”

KanyiDaily also recalls that Lai Mohammed recently stated that the Federal Government has no intention of banning Facebook.