Activists have defied the Federal Government order banning them from holding the #RevolutionNow protest called by the publisher of Sahara Reporters, Mr. Omoyele Sowore.

The protest which was meant to be a ‘peaceful protest’ against the rising spate of Insecurity and problems in the country, erupted into Chaos as Police Officers released gunshots and teargas at the protesters. 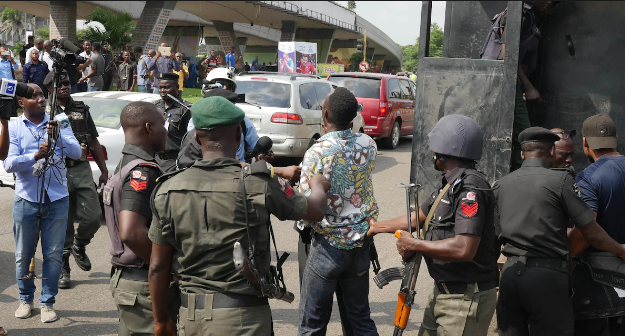 Many protesters have since been dispersed with some arrested by the police. A video has emerged online showing the moment a journalist was violently arrested and bundled into the police van. 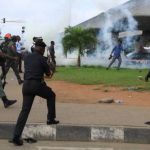 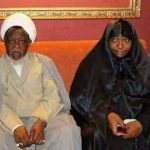