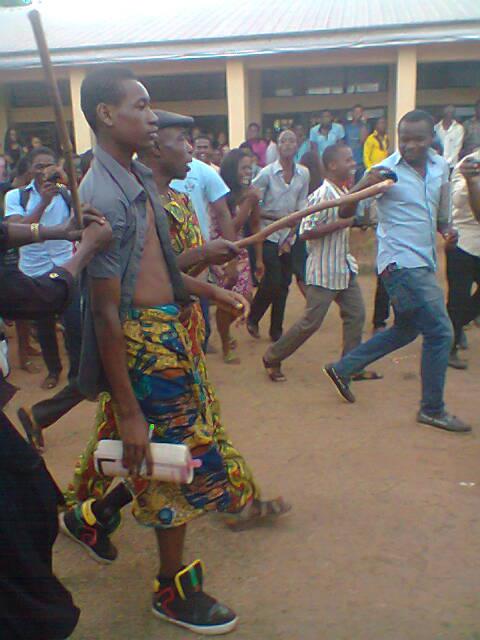 This might sound crazy but it’s true. A pre science student of Nnamdi Azikiwe University shocked everybody last week Thursday 28/02/13 when he wore a wrapper to school.
The student who is in E2, earlier had a bet with some guys in his lecture hall that he could wear a wrapper to school and the guys promised to give him #20,000 if he did. Guess what? The dude took the risk but lo and behold, after he stepped into his hall, the girls who could not hide their amusement started shouting, yelling and chanting.
The noise eventually attracted the security officers to the Hall and the boy was fished out & planked with heavy logs of wood. These action nearly stirred a riot in the school, as students detested the brutality saying the guy had the right to wear anything he chooses.
The Guy ran away, while he was still being assaulted. But he became a kinda ‘celebrity’ overnight.
Though what he did is funny and surprising, i don’t support the brutal treatment he got from the security, Human beings should be treated with respect and caution…. What do you think??? 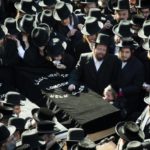