The Police Service Commission (PSC) is set to dismiss 37 former members of the Special Anti-Robbery Squad (SARS) and the prosecution of 24 others for professional misconduct. 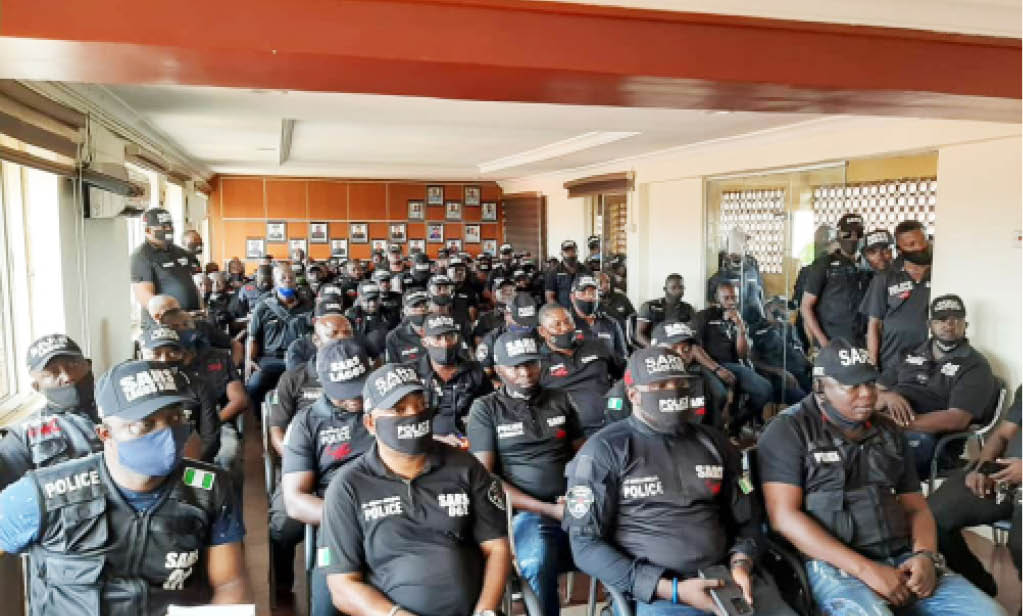 This comes following a recommendation by the Presidential Panel on Reform of SARS which was set up by Federal Government in 2018 to investigate human right abuse in the police unit.

The PSC met with the National Human Rights Commission (NHRC) on Friday, October 16, 2020, and promised to speed up action on the implementation of the Report of the Presidential Panel on Reform of the SARS.

The presidential panel had, among other things, investigated allegations of human rights violations and abuse of office against SARS and recommended reform or restructuring of the outfit.

Some 113 complaints on alleged human rights violations were sent in to the panel, alongside 22 memos suggesting how to reform and restructure SARS and the police in general.

The panel also directed the Inspector-General of Police to unravel the identity of 22 officers.involved in the violation of the human rights of innocent citizens.

Executive Secretary of the NHRC, Tony Ojukwu, called for a speedy implementation of the panel recommendations, as he presented the report to the Police Service Commission.

“We have come to see a PSC determined to play a leading role in the reform of the Nigeria Police Force,” Ojukwu was quoted to have said in a statement.

PSC chairman Musiliu Smith, in Abuja on Friday, who received the report, said that the PSC will collaborate and support the Human Rights Commission in the promotion of good governance.

READ:  I Am Extremely Worried About Insecurity, Efforts Of Service Chiefs Not Good Enough - Buhari

He, however, said that for an effective reform of SARS, there must be a deliberate effort to select capable, professional and credible people to replace the disbanded outfit.

“There must also be training and close supervision of the newly-selected officers so that the nation will not experience the rot that became the fate of the disbanded unit. Any misconduct, he noted, should be severely and promptly handled,” Smith said.

The former police boss said that the government should show more concern to the funding of its vital agencies as these agencies need funds to do their job.

KanyiDaily recalls that the Nigerian Police Force had come out with five important facts about the newly-created Special Weapons and Tactical (SWAT) that would replace the disbanded SARS.