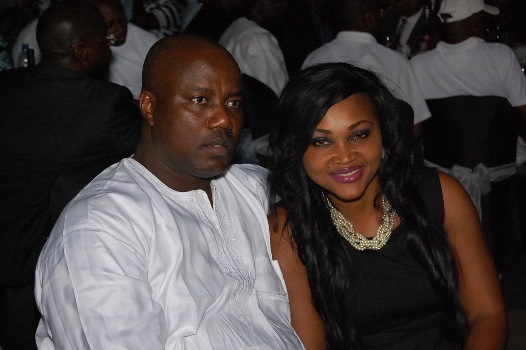 V-channel, the TV channel that hosted Mercy Aigbe on sunday where her latest scandal took place has released a statement denying that nothing of such happened. (If you missed it, read it HERE) Read the statement below.
Re-Actress, Mercy Aigbe Disgraced by Her Husband
After reading the latest lie from Stella Dimoko, one can only conclude that the blogger is on a poorly orchestrated vendetta against Mercy Aigbe-Gentry, a successful actress, wife and mother. It is also easy to deduce from the incoherent and watery ‘report’ that Mrs Dimoko has no idea what journalism or blogging is all about because the story comes across as fiction from a puerile, retrogressive and unproductive mind.
Stella fictitiously and wickedly averred in her report that Mr. Lanre Gentry, husband of frontline Yoruba actress, Mercy Aigbe pummelled her after finding her in a night gown inside a hotel room. This is nothing but a figment of Stella’s myopic and infantile imagination. While not joining issues with a blogger who knows zilch about the tenets of journalism considering her antecedents, we would summarise what happened yesterday for the sake of clarity and Mrs Gentry’s legion of discerning fans.
Indeed, Mercy was hosted by indigenous television station on Startimes, Odua Mounmarowan, on Sunday evening. She came to the event with her friends, younger sister and Faith Irabor, a journalist in her car. However, Mr. Gentry came in from his hotel in Oregun, Lagos. The event was well-attended by movie and media personalities. Immediately after the event, Mercy went to the changing room allotted to her in company of her husband and Faith Irabor. On getting to the car park, however, Mercy’s car didn’t start; so she joined her husband with her friends and left for Oregun, her husband’s hotel.
In all of these, one can’t get where Stella got her concocted report from. Mr Gentry left the venue happy as the event was successful and without hiccups.
As at the time the couple left, the musician specially invited to perform, Sunny Melody was still performing.
We are therefore confused as to where Mrs Dimoko got her story from? The moon, perhaps. Why does Mrs Dimoko keep publishing lies all in the name of journalism? Is she not happy that a younger woman, Mercy, has a flourishing career as an actor and producer and also enjoys domestic felicity? Mrs Dimoko, these are things God can do for you too if you stopped destroying homes and people.
Having said these, we challenge Mrs Dimoko to furnish the public with evidence of Gentry’s anger and battery, or Mercy leaving in a nightgown. We strongly believe that those who mean well for journalism should not watch people like this blogger drag the noble profession through the mud.
God help us all
Funke Oluwole
For: V-Channel and Odua TV 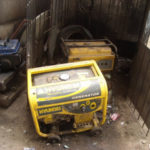 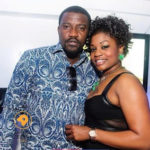