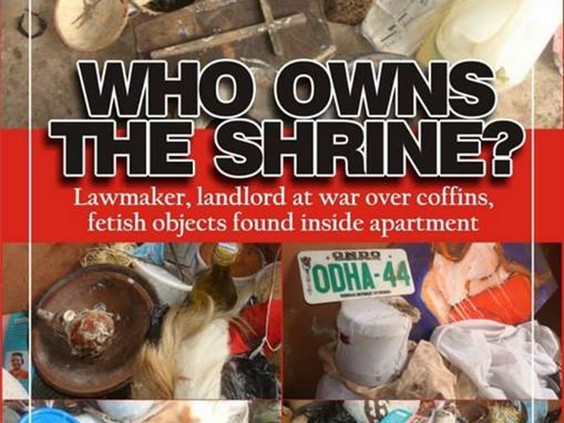 Peep the female lawmakers picture when you continue. A former commissioner in Ondo State, Ogunbadejo Kolawole, has raised alarm following alleged discovery of fetish objects in the apartment of the state House of Assembly member, Hon. Fola Olasehinde. 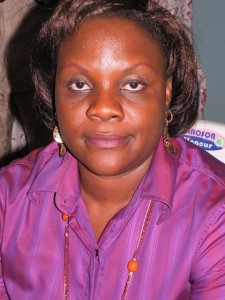 Some personal effects of the female lawmaker including House of Assembly vehicle plate number, campaign posters and hand bills were also said found in the apartment.

But Olasehinde, who represents Ose State Constituency, denied any knowledge of the fetish items, saying she had moved all her belongings to a new accommodation at GRA, Alagbaka, Akure, since October, 2012.

According to her, she gave the keys to her personal assistant for another co-tenant because the two duplexes share the same water system, adding that she expected the co-tenant to hand over the keys to the landlord. 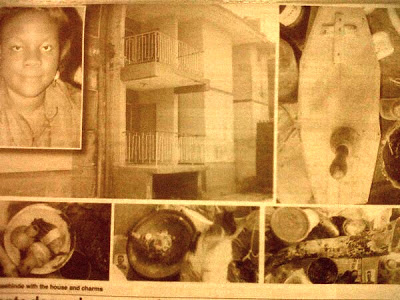 The landlord had issued Hon. Olasehinde a quit notice last year, demanding that she vacate the apartment by October, 2012.

Ogunbadejo, said he went to court to get an injunction to force all the doors to the residence open since the lawmaker refused to quit or pay her rent.

He said he was therefore surprised to find stinking and bizarre fetish items in all the rooms in the house.

The landlord claimed that no one had access to the apartment since it was locked by the lawmaker who refused to hand over the keys.

Ogunbadejo said: “She happened to be from Idogun in Ose Local Government Area. She approached me asking for accommodation and I wanted to help because I know members of her family. The elder brother was my teacher at the Grade II Teachers Training College in 1961 and 1962.

“I gave her the accommodation in 2009. From then to 2012, she was my tenant. Aside this, she paid rent in the first year, but did not pay in the second year. Slater, she paid in two installments, claiming her husband was sick. Aside the first year, she never paid rents even when they were due, which led to disagreements between us. 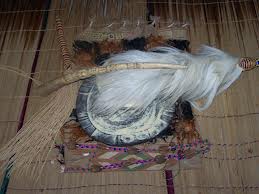 “After appealing to her to pay the agreed sum of N850, 000, she then issued a cheque for N700, 000. I then asked for the outstanding N150, 000 but she said the roof in one of the rooms was leaking, claiming she invited a contractor to cost and fix the problem.

“I told her that I am living in Akure and since she is my tenant, it is my responsibility to fix the leaking roof. If you had told me, within 24 hours, I would have invited somebody to fix the problem. She said “I do not want anybody to enter my room”.

“I then instructed my lawyer to write and demand for the rent or I would eject her from the house. I told my lawyer to demand for N120, 000 from her and that she should use N30, 000 to carry out repairs on the alleged leaking roof. If I were to repair it, I would have used only one roofing sheet.

The landlord added: “After a lot of pressure, she paid up and I then gave her an eleven-month eviction notice. Before the expiration, the state government had offered her an accommodation. But on moving out, she locked the gate into the main building.

“We then went to court and the Magistrate asked her to appear but she did not come. Based on this, the court gave ruled that she should pay rent arrears of N498, 033, 33k for seven months.

“We expected her to obey the order but she never did. We again approached the court which gave us the order to force the doors open. The court gave us a staff and two policemen. When we forced the doors open, the police were surprised that the apartment was turned into a shrine.

“We were surprised that a woman could have fetish objects in her apartment. Since then, she has refused to come and collect the items, until I got someone to take me to the House officers. The Deputy Speaker, Hon. Emiola Dare, came here with 12 people to take pictures of the fetish items.

“They were shocked to see a legislator converting her residence to a shrine. Since then, I have started renovating the building because the whole compound has been overtaken by weeds.”

JTF Bans The Sale And Use Of Thuraya Phone In Borno State Because It’s Been Used By Boko Haram.

Another Baby Born With Koran In Lagos