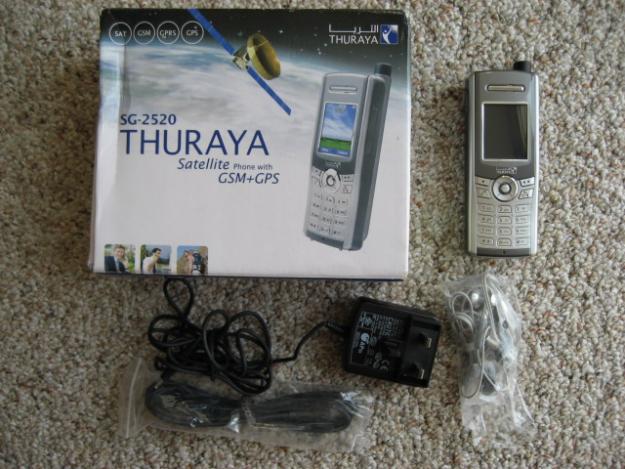 The Joint Task Force, JTF, on Wednesday banned, indefinitely, the use and sale of thuraya phones and Thuraya recharge cards in all states under emergency rule.
Thuraya phones are based on satellite technology and do not rely on any of the existing GSM networks in Nigerian to function. The Islamic fundamentalist sect, Boko Haram, have reportedly resorted to using thuraya phones to coordinate attacks since mobile communication was largely suspended by the military.
The ban on thuraya may worsen the communication challenges being faced by residents in the affected states as GSM networks have been largely shut for about five weeks since the emergency rule declaration.
The Spokesman of the Joint Task Force, Sagir Musa, said in a statement made available to journalists that the ban on thuraya became necessary as military intelligence revealed that terrorists now coordinate their attacks using the device.
The JTF said recent attacks on schools and killing of students by Boko Haram were carried out using thuraya devices.
A statement signed on Wednesday by the military spokesman Lieutenant Colonel Sagir Musa urges residents to desist from using the device.
“The attention of the Joint Task Force (JTF) has been drawn to the use of Thuraya phones by Boko Haram terrorists to coordinate their recent assassination of civilians especially school children and some Imams. Therefore, effective from 19th June, 2013, the JTF imposes a ban on the use and sales of Thuraya phones and accessories including Thuraya recharge cards in Borno State. Anyone seen with Thuraya phones, recharge cards and accessories will be arrested,” the statement reads.
JTF in the statement says it is seeking the continued cooperation and understanding of the general public in this ban in order to enhance security of lives and property in the state.
Thuraya is an international mobile satellite service provider based in the United Arab Emirates. The company operates telephone service in more than 140 countries across Europe, the Middle East, North, Central and Africa, Asia and Australia.

Banky W To Open A Restaurant Next Year Where He’ll Also Be A Chef.