A group of four armed gunmen disguised in military uniform attacked a hospital in Afghanistan’s Kabul city on Tuesday, killing at least 14 people, including two newborn babies, their mothers and an unspecified number of nurses. 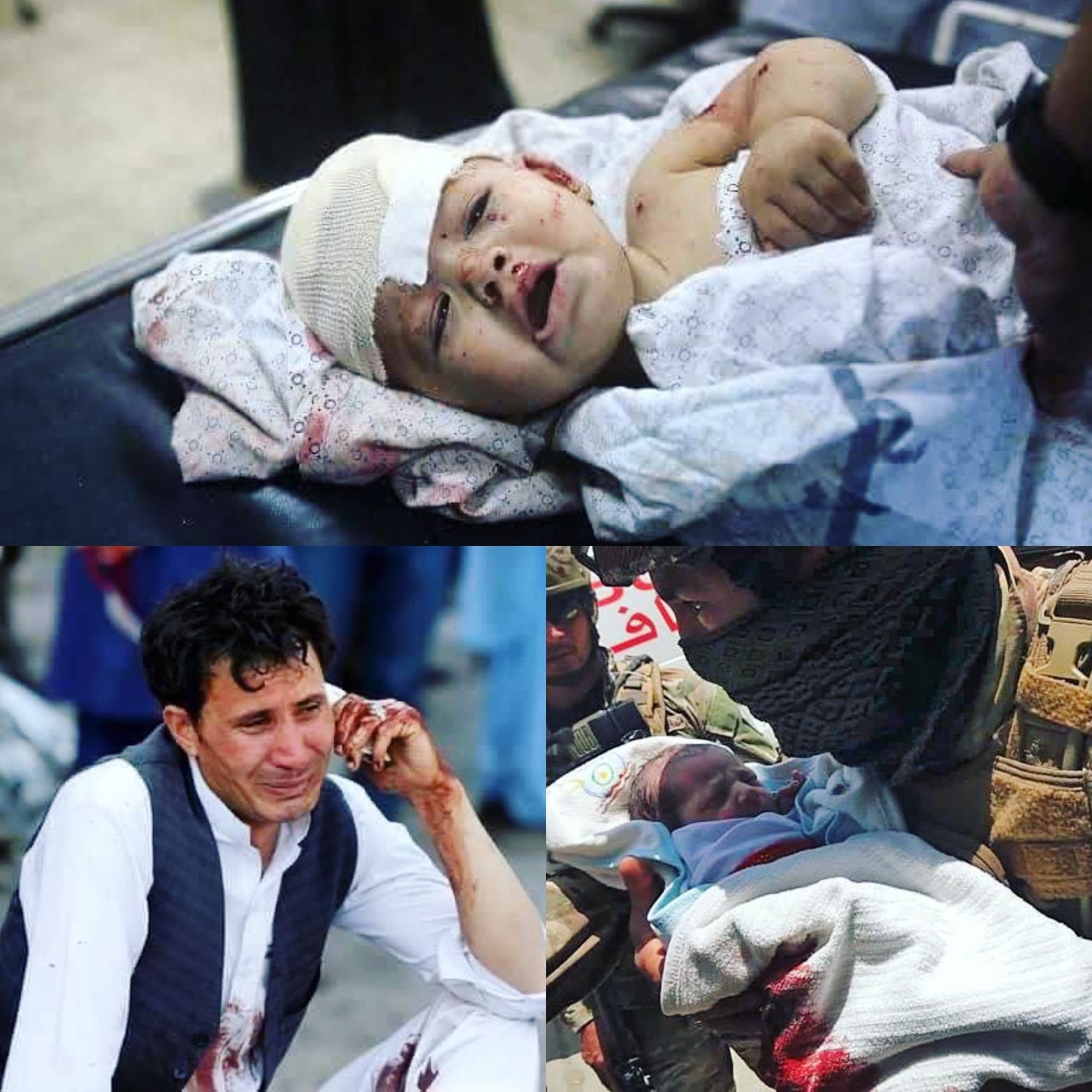 During the attack which started with explosions and gunfire close to a maternity hospital in the Dasht-e-Barchi locality in western Kabul, Afghanistan’s security forces evacuated over 100 women and babies from the facility.

The medical facility is run by the international humanitarian organisation Doctors Without Borders, according to AFP. 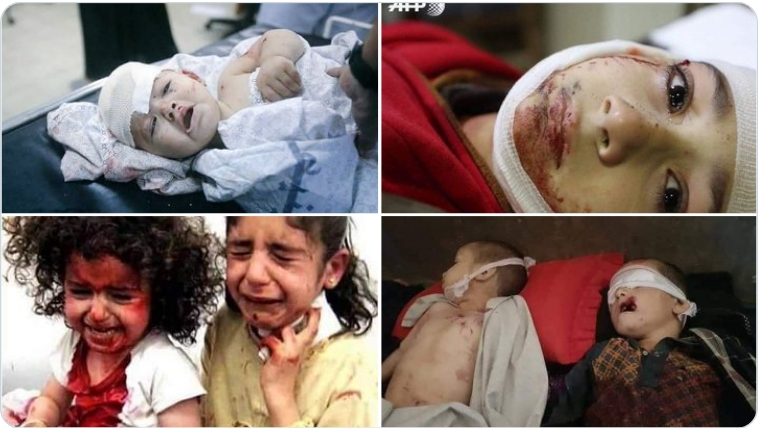 An unidentified paediatrician who fled the hospital said he heard a loud explosion at the entrance of the building in Dasht-e-Barchi, a predominantly Shia neighbourhood that has seen attacks from terrorist group ISIL in the past.

“The hospital was full of patients and doctors, there was total panic inside,” the doctor told AFP.

The Interior Ministry spokesman, Tareq Arian, said over 100 women and babies were evacuated from the building before the attack was over.

Arian said 15 others, including women, men and children were wounded in the attack, adding that three foreign nationals were among those safely evacuated.

Images from the scene showed soldiers carrying one newborn baby to safety, swaddled in a blood-stained blanket. 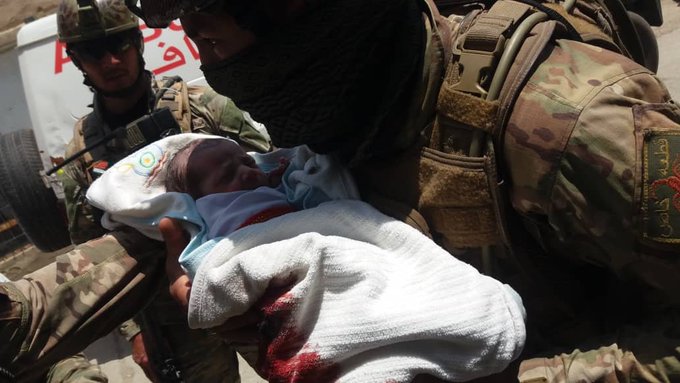 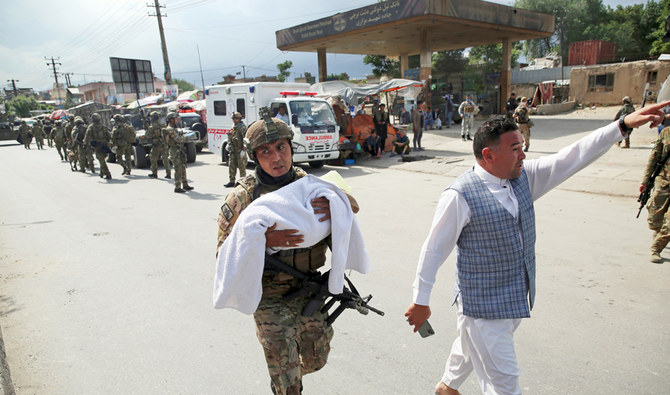 Another image showed a woman, who had been killed, still holding onto her baby. A nurse later confirmed to Reuters that the infant had survived and had been moved to an intensive care unit at another hospital. 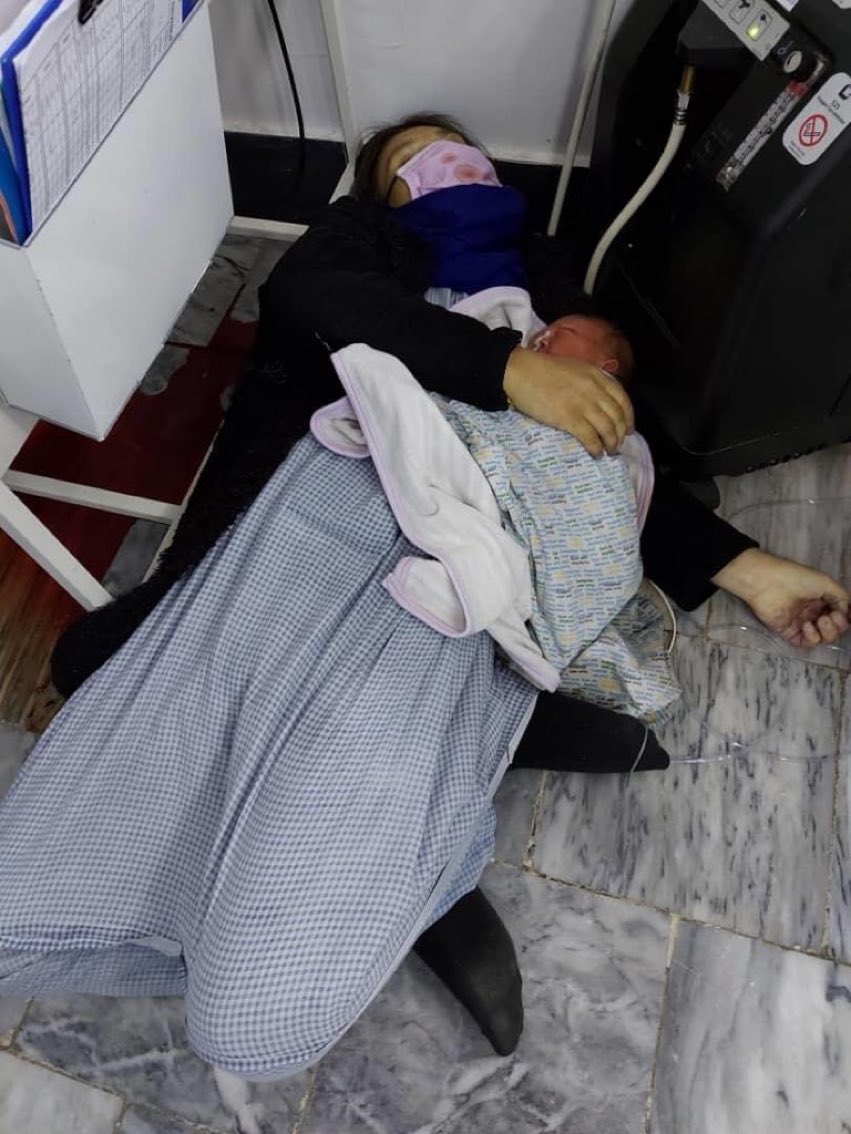 Meanwhile, Afghanistan President, Ashraf Ghani, in a televised address condemned the attacks and said he had ordered the military to switch to “offensive” mode rather than the defensive stance it had adopted during talks with the United States. 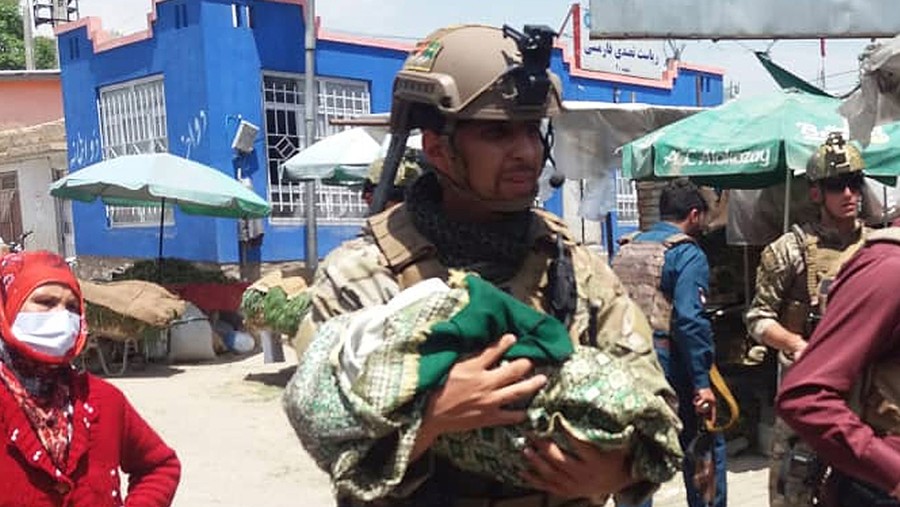 KanyiDaily had also reported how not less than 14 people were killed during an attack by some gunmen on a Protestant church during Sunday services in Burkina Faso.

Several other people were wounded in the attack which took place in the village of Foutouri in the Est region of the country.