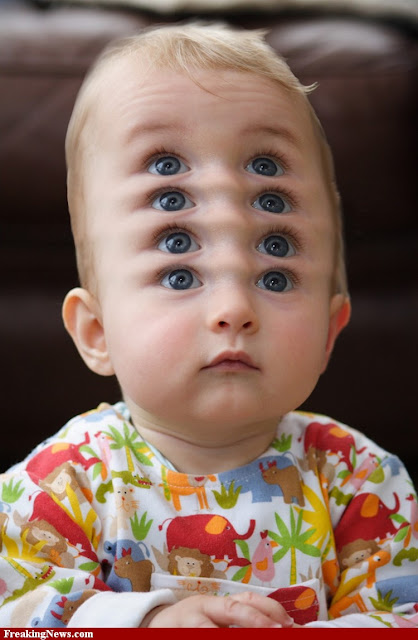 A 43 Year old man from Onna Local Government Area of Akwa Ibom State in Nigeria, Mr. Felix Lawson has allegedly beheaded his six years old step-son, Master Effiong Lawson (fondly called Ifanyi). Investigation revealed that Mr. Lawson who is a junior staff worker in the riverine Ibeno Local Government Council returned home over the weekend and was enjoying his evening meal when his step-son sneaked into the backyard and whispered to his younger sister to bring him food remnant as he was said to very be hungry, having not eaten in three days
Unknown to him, his father was at home and heard his whispering and recognized his voice. Mr. Lawson went for his machetes and flung himself out to the backyard; Ifanyi and his brother who was his escort took to their heels but he was not all that lucky as his father ran fast that when he got closer to him, he slammed the machetes on his head, the young lad fell down, and he cut off his head instantly with the machetes.
Continue to read how the deceased brother Master Aniefok Lawson narrated the story to Bassey Eshiet, a youth activist in Onna and also peep his photos. **VIEWERS DISCRETION IS ADVISED**

“Because we were hungry, Infanyi asked me to escort him to the house so that we can beg our younger sister for food to eat. We didn’t know that daddy was back from Ibeno. So Ifanyi went closer to the backyard door and called Unyime (name changed) to bring the leftover food for us. It was already dark so when daddy opened the door and jumped out, we ran but my brother could not run faster as he crying “daddy forgive me” so daddy hit his head with his big cutlass, he fell down and was crying as he continued to hit him with the cutlass.

“I did not hear his voice again. I ran and hid myself in the bush. So, late in the night when the place was calmed I went and joined my two friends in the uncompleted building of the Primary School, where we usually sleep at night. I asked them if they saw Ifanyi, they said ‘No’, they never saw him again. So in the morning, we saw a lot of blood-spilled over where he was caught by daddy.

“That morning, we found his body without a head in the pool of stagnant water behind one of the school blocks and the head was in the nearby school farm… 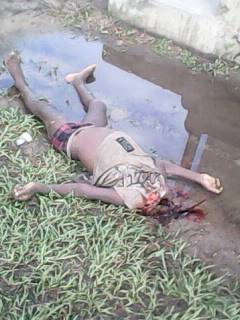 The village head of Ikot Ndua Iman in Onna, Chief Akpan Eno was intimated of the sinister development and he immediately called the Onna Divisional Police who came, picked the decapitated body of Ifanyi and arrested Mr. Felix Lawson.
But the following the day, he was released and he’s now a free man walking the streets of Onna.
On a visit to Onna Divisional Police Headquarters to make enquiries on why Mr. Lawson was not charged for murder; the D.P.O., was said to have traveled to Uyo for security briefing.
But the Investigation Police Officer (IPO) of the case who did not want his name mentioned, said no one was willing to come forward to testify about the child’s murder. 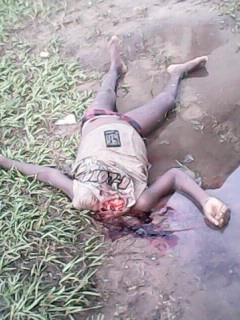 There's Nothing Wrong In Splashing Millions On A Car, I Need To Enjoy My Money – Wizkid

#BBATheChase: Ethiopian Lawyers To Sue Betty For Having Sex In Public