On a more serious note, this is a wake up call for all un-serious students who are in public schools, and i know that Private school owners must be dancing Alanta to this news…do you think this is the best way to tackle student’s un-seriousness?

According to Leadership, the Lagos State government has said it will no longer admit student who failed to obtain a 60% pass in its placement examinations into any of its model colleges and other schools

Oladunjoye who was represented by the Permanent Secretary, Ministry of Education, Mrs. Omolara Erogbogbo urged parents to desist from approaching teachers and other people for the placement of their wards into model colleges and upgraded schools.

She affirmed that students who failed to meet the promotion criteria set out in the state would not be promoted.

The commissioner urged teachers and principals of public secondary schools in the state to adhere strictly to the promotion criteria and guideline in the state.

She said for a JSS I student to be promoted to JSS II, such a student must obtain an average pass of 50% including English and Mathematics in the examination.

According to her, “for a JSS II student to be promoted to JSS III, he or she must also obtain a 50% average pass including English and Mathematics in his or her examination while a JSS III student must obtain credits pass in six subjects including English and Mathematics at the Basic Education Certificate Examinations in order to be promoted to SS I”. 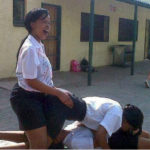 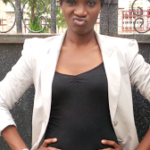