26-year-old Sosefina Amoa, gave birth to a baby boy on Oct. 10 2013 in her room at the Little Sisters of the Poor elderly care facility, police said. Afraid the nuns would hear the newborn’s cries and discover she lied about sexual activity, police say Amoa told investigators she smothered him by placing a wool garment over the child’s mouth and nose and applying pressure.
A day later she and a nun took his body, in a small black luggage bag, to a hospital, police said.
Investigators interviewed Amoa after she arrived at the hospital and say they found bloody clothing and small traces of blood during a search of the convent room where she had been staying.
Amoa was charged Wednesday with first-degree murder after the death was ruled a homicide by asphyxiation. Her attorney declined to comment on the case Friday.
The order said in a statement that they are praying for everyone involved.
“We all feel that this is a tragic situation,” said Sister Constance Veit, communications director at Little Sisters of the Poor.
Amoa arrived from the island of Samoa on Oct. 5 and was considered a postulant, someone who wants to be admitted to the order.
She initially told investigators that she did not know she was pregnant but that she experienced significant bleeding just prior to delivering the baby, whom she named Joseph.
She later said she had not told the convent about her past sexual activity and that after the child stopped breathing, she contemplated putting it in the trash but decided against it, police said.
Police say they interviewed a nun at the convent who said Amoa showed her the child and initially told her that she had found the body outside. The nun says Amoa later told her that she had given birth to the child, and police say the two of them together took the body to the hospital. 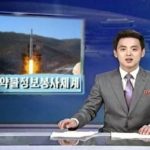