“Some people tried to escape through the windows and the attackers shot at them. They cut peoples’ throats.”
This was how the Catholic Bishop of Yola, Mamza Stephen, captured the calamity that befell worshippers  at a Catholic church in Waga Chakawa in Adamawa State when Boko Haram insurgents struck on Sunday morning.
Stephen  told the  British Broadcasting Corporation that he heard from the survivors that insurgents   arrived the village  on trucks and locked the church “towards the end of the service.” According to him, the  militants set off bombs, before burning houses and taking residents hostage during  the  four-hour siege.
He added that   death toll in the  Waga Chakawa attack  was 30 and not 22 as widely reported.
“Everybody is living in fear.  There is no protection. We cannot predict where and when they are going to attack. People can’t sleep with their eyes closed,” he lamented.
In  Kawuri village in Borno State, the story was the same as a 46-year- old grandmother, Rabi Mallam, narrated how another band of insurgents set her hut on fire on Sunday evening.
She said when she heard gunshots from every direction in the community, she rushed into her hut and hid herself with her son and granddaughter.
“I covered the children with heavy blanket soaked in water, but the fire still burnt us. I cried for the children because they were calling me to take them out, but I could not,” she said.
Although  Mallam and  the children (her son and granddaughter), survived  with serious burns, many others were not as lucky as they died in the fire set on over  300 houses in the village by the insurgents.
As of Tuesday, the death toll in the  Kawuri village attack  had risen to 85.
Eyewitnesses had on Monday said that 52 people were slaughtered by the insurgents  during the Kawuri  attack.
Kawuri villagers,who were  preparing for the burial of two newly-discovered bodies when   Governor  Kashim Shettima  visited them, said they had buried  83 corpses.
They also lamented that seven of their mosques were set ablaze, while their Imam was also killed by the insurgents.
They added that 50 persons that were injured were still hospitalize while  16 others  were missing.
The villagers explained that some of the victims were burnt to ashes, while six others  were beyond recognition.
They said they were helpless and confused as it appeared that the assailants came well  prepared to destroy their village.
Konduga Council Secretary, Alhaji Ali Yale, said the sect members  came in 26 vehicles, two Armoured Personnel  Carriers  and six Toyota  Hilux vans painted  in army  colours.
A councillor in Kawuri, Dala Lawan, told reporters that about 50 persons with serious bullet and fire   wounds  were on admission in three different hospitals in the state.
Lawan said, “We have been searching and burying corpses since yesterday (Monday). The first burial was for 83 persons, but more corpses are still being picked in the bushes. We have found two more corpses. So with  the two,    the death toll  has risen  85 for now.”
The head of the Civilian JTF in the village, Lawan Mustapha, said the  insurgents spoke    Kanuri and Hausa languages and seemed to know the village very well.
Mustapha said the Imam of  the central mosque was killed by his own student (an Almajiri), who was later discovered  to be a member of the sect.
In one of the hospitals, our correspondent observed some women, children and old  men with burns  writhing  in pains.
In the hospital,  Mallam, who had second degree burns, said herself,  son and granddaughter were hiding inside their  room when the gunmen set their home on fire.
She said, “We ran inside the house for fear of being hit by  bullets that were fired by the attackers, but they  set our house ablaze.
“I and the two kids could not come out because they were still shooting indiscriminately. We were in the house for hours before they left, thinking we were dead.”
A newly-married couple, who said they lost everything, were among the villagers seen  leaving Kawuri on Tuesday.
The governor, who was apparently shocked at the level of destruction, directed the immediate rebuilding of the burnt mosques and market.
Shettima, who  also promised to assist the victims to rebuild their houses, gave the families that lost their  loved ones N250,000 each.
Source: Punch 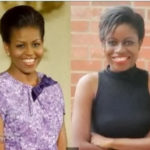 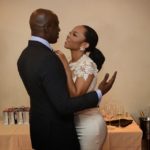