Forget the drama on the small screen, behind the scenes the Real Housewives Of Atlanta is even more dramatic. On Thursday, star Phaedra Parks’ husband, Apollo Nida, was reportedly questioned by US Marshals in Atlanta, Georgia and charged with bank fraud and identity theft.
Apollo – who often appears on his wife’s reality show – appeared before US District Court on Thursday but was granted pretrail bail…..this is how Access Atlanta reported the story!
Apollo was investigated by the Secret Service’s Counterfeit and U.S. Treasury Check Squad. cos he allegedly,

‘created fake companies, enabling him to access databases to find individuals to rip off’.
‘He opened fake bank accounts under those real names and funneled stolen U.S. Treasury checks and auto loan proceeds into those accounts.’

Apollo was allegedly named by the original target of the investigation, a woman identified as Gayla St. Julien, who was arrested in September last year and allegedly had $3 million in multiple bank accounts tied to her.
St. Julien ”described herself as Nida’s right hand b**** in executing the legwork of his fraud schemes.’ She allegedly told an investigator she received ‘scraps’ compared to what Apollo was earning.
‘Nida would allegedly steal real people’s identities and have St. Julien pretend to be them to open bank accounts. She would then deposit fraudulent auto loan checks, stolen U.S. Treasury checks, stolen retirement checks issued to Delta Airlines employees, and checks in the names of real people that were owed unclaimed property from various state and federal government agencies.’
The complaint against the star claimed he opened a fake auto dealership and applied for auto loans in the names of stolen identities.
Apollo has previously spent time in prison – from 2004 to 2009 – for auto title fraud.
The year he was released he married Phaedra, who is ironically an attorney. The couple have two children together Dylan, 10 months, and Ayden, 3.
Apollo is currently on a $25,000 bond and will face a preliminary hearing February 12. 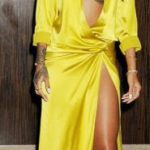 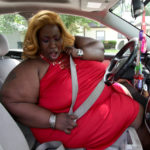