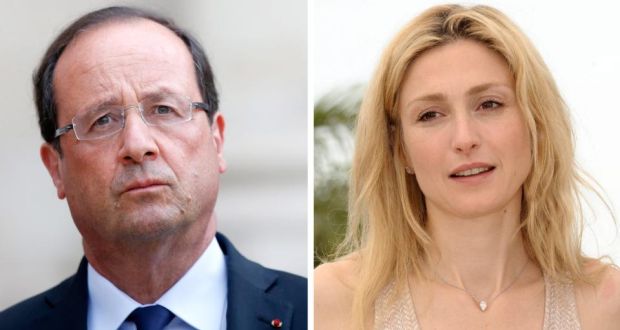 Francois Hollande, the French president, is facing a private and political crisis after a celebrity magazine published photographs alleging a “secret love affair” with a film actress almost 20 years his junior.
Closer magazine released pictures it says show the 59-year-old socialist leader entering an apartment block near the Elysee Palace with Julie Gayet, 41.
Valerie Trierweiler, the “official” first lady to whom the president is not married, recently took up residence in one of the wings of the palace.
Closer carried a seven-page report on the alleged infidelity. The magazine claims that the president arrives on a chauffeur-driven scooter to spend nights in the flat.
A woman whom the publication said was Gayet is seen arriving at the apartment block at night.
The pictures then show the arrival of a man resembling Hollande’s bodyguard. A second man – which Closer said was Mr Hollande, whose face is obscured by a helmet – then arrives on the back of a scooter.
Other pictures show the first man arriving in the morning with what Closer said was a bag of croissants, then the second man in a helmet emerging from the building and jumping on the back of a scooter.
Another photograph shows a woman resembling Gayet leaving the building and walking down the street.
The magazine wrote: “It’s a real passion that has turned their lives upside down and makes them take insane risks.”
The magazine angered many in Britain in 2012 when it published topless pictures of the Duchess of Cambridge.
Its latest allegations led to a rebuke from the President. However, he failed to deny the liaison.
A source close to Mr Hollande said he “greatly deplores the invasion of his privacy, to which he has a right as any other citizen does”. The President was “studying what action, including legal action, to take”.
Late on Friday, Laurence Pieau, the editor of Closer, announced it was withdrawing the photographs from its website upon request from Gayet’s lawyer.

Miss Gayet filed a complaint in March over rumours of an affair with Mr Hollande, which she said were a breach of her privacy. The mother of two, who is separated from their Argentine father, is an established actress.
Source: – Telegraph, London; NYT 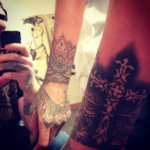 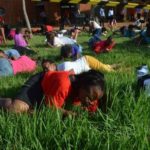