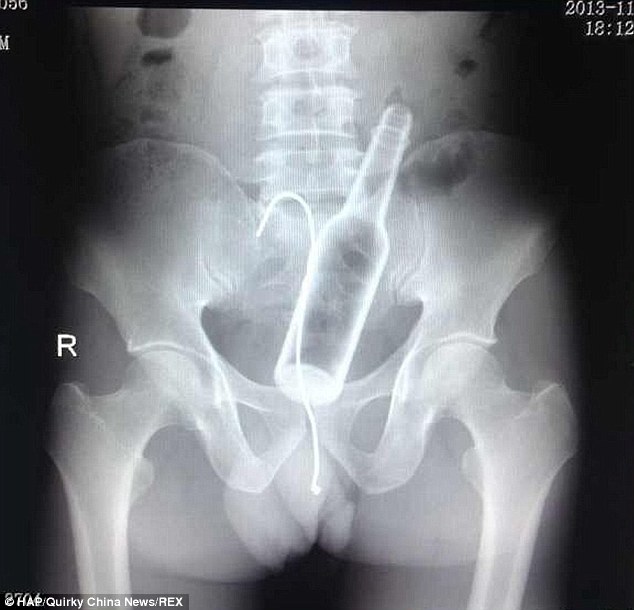 All these oyibo sef! How come he was pushing the bottle into his office and he didnt realise he was just holding the tip? Na so the thing sweet reach?
A Chinese man who got a bottle stuck in his anus was forced to go to hospital for medical help after attempting – and failing – to fish it out using a curved piece of wire.
The man went to hospital in Fuzhou, capital of southeast China’s Fujian Province, complaining of stomach pains. However, when doctors enquired about the cause the man claimed he had no idea what was responsible.
It was only when staff performed X-rays that they discovered a bottle and a curved piece of wire lodged in his abdomen.
The man confessed that he inserted the bottle at home, but was then unable to remove it. Out of panic he found a piece of steel wire and tried to hook the bottle out, but failed.
Doctors were forced to operate to remove the bottle and wire and discovered that the man’s bowel had been pierced in several places….more pictures when you continue! 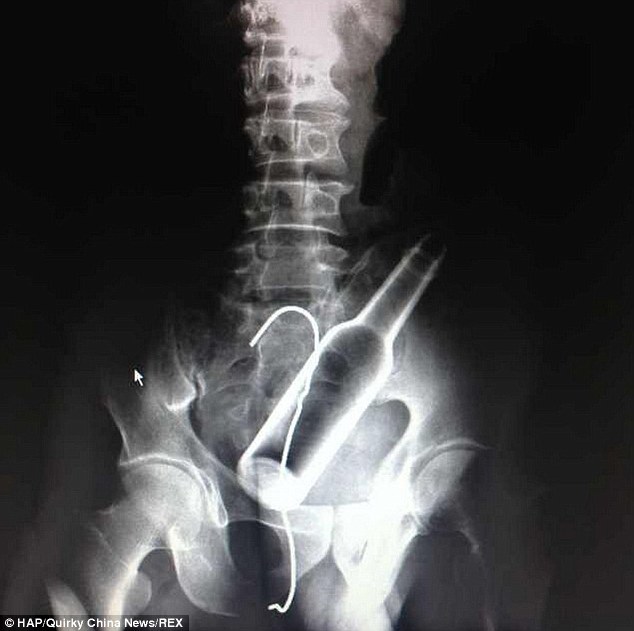 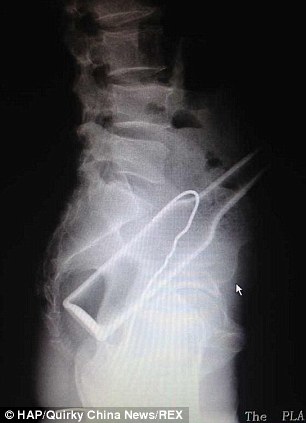 What Is Wrong With This Photo?

Seven Areas to Pay Attention To in 2014