I stopped giving beggars money cos of scary stories like this! It’s frustrating that you would help someone out of the goodness of your heart, but they have evil planned for you. Daily Trust published the story below, though it’s long, read to the end

Abdulwaheed Saliu, an indigene of Tunga Maje in Gwagwalada Area Council, gave an old man N20 in Dan Magaji on his way to school in Zaria. But this landed him into trouble. Or so he said.

As soon as he handed over the N20 note to the beggar, Abdulwaheed found himself in an unknown place where, he said, people get slaughtered daily and the women kept serving in a baby factory.

It was on 20 January, while en route his school, after his mate had boarded a tricycle with their luggage, Abdulwaheed decided to join a motorcycle. After a failed negotiation with the first motorcyclist that approached him because of N20, he decided to wait for another. He said it was while he was waiting that a very old man approached him, demanding N20 to make up for his transport fare. He said his ordeal started the moment the man touched the N20 note.

“When I gave him the money, the moment he touched the money, I found myself somewhere unknown to me. I cannot describe the place, but the only thing I know is that many people were there.

“As I got to the place, some men approached me and cut my finger, this is my finger that was cut, and a white cloth was used to collect my blood with my name and number written on it. The cloth was taken away. Then, my head was shaved in three places, at the front, middle and the back.”

AbdulWaheed was numbered 42 out of the 45 people that were captured that day, which he said were to be killed on the arrival of the leader of the ritualists:

“When they collected our blood, they told us that their leader is in America, but he will come back and until he comes before they will start cutting peoples’ heads,” he added.

But before the arrival of the said boss, he said everybody in the place was stripped naked with all their belongings seized and their hands tied behind their back, the only thing they were given was water which he said five people shared a sachet. The number of people attached to a sachet, however, varies depending on the number of people in a group. In some larger groups, he said, 10 people shared a sachet.

“I did not put my handset in my pocket, I put in my bag. When I was given a place to sleep, I took the handset from my bag and told them I wanted to excrete. It was then that I called one of my schoolmates and my dad, I told them about the incident. One of my Islamic teachers called back and said I should continue praying that God would set me free,” he said.

On the second day of his sojourn in the unknown world, he said the boss returned and addressed the group. He said:

Ahmed, as AbdulWaheed told Aso Chronicle, said five people out of the 45 captured, would be released as “killing them would boomerang but they warned the said people not to utter ‘something’ about all what they have seen,” adding that if they do, they will go mad.

On the third day, in the midnight, he said the execution started.

“They started calling names, according to numbers, after we were told to be on a queue. When one’s name is called, the person would rest his head on a big board. There is a man standing by the board, if the man should raise his hand and bring it down, I do not know if it is knife or cutlass, it will just come down and you will just see that the person’s head had fallen off.”

AbdulWaheed recounted that the slain body is left on the board where the blood is collected in a very big container under the board after which the body is removed and deposited elsewhere with the head placed at the feet of the boss.

Then, gradually, it got to his turn, he said.

“I was the 42nd person to be killed, after 40 people were killed because one person was released. The man that is beheading people now asked me where I was coming from and I said, Zaria but he said no, that I am from Tunga Maje and that I am just schooling in Zaria. He said that I am teaching some students Arabic in an uncompleted mosque, I said yes. He told me that I used to wear apron in the mosque and I said yes. He told me I am a good boy and that they are not going to kill me because they cannot use my blood. He called one man to bring me food but I did not eat, I told them I was satisfied. The man said but we were not given food, and I replied him that, my God has been feeding me.”

AbdulWaheed said he was given his cloth, which he wore, his bag was returned to him while he was told to leave.

“I replied that I did not know where to go. He now touched my body and I now found myself near one mosque in the midnight.”

AbdulWaheed said at first, he did not know where he found himself but he was happy to have escaped the sharp blade of the executioners. It was in the midnight, so he had to wait till morning when after the early morning prayers, he approached a man to enquire about his location. He said: “The first man I asked thought I was mad, seeing someone like me asking about where he was with an unshaved hair,  and he angrily walked away.”

So also were other people that he approached until a boy told him that the name of the place is Tafa, Niger State, then he called his relatives, who later picked him up.

While describing the place he was held captive, AbdulWaheed said it was very big and one could see the walls or fence. He said:

“It is only at night that you can see people. It is very large and people are many, there are women who are more than 100. They kill people daily. According to what they said, people would only stay there for three days, before they get killed, when I got there on Monday, some people were killed.”
He said instead of being killed, women are used in the baby factory. “The boss told us that the women would be giving birth, and the babies would be used to make money.”

On being held hostage as a result of his generousity, AbdulWaheed replied:

“God has said that will happen to me because before the man came, I had called a motorcyclist, but we did not settle because of N20. I was waiting for another motorcyclist, when this very old man approached me and I gave him the money that I could not give to the motorcyclist.”

He, however, implored residents to be careful of how they give alms. Said he:

“Some of the beggars are doing it without a pure intention, they are doing it in order to get someone, and you will see someone and think he is truly a beggar, but he is not with a good intention. I felt angry because we are all human beings but I have to thank God for giving me the opportunity to return to tell the story because it is like someone who saw his grave but God delivered him. I saw it with my eyes when they were cutting human’s head, I used to see it on television, but I saw it with my eyes. It is not something I would want anybody to go through.”

Saliu Na-Annabi, the 67-year-old father of AbdulWaheed could not hide his joy over the appearance of his son.

“I was miserable, I could not eat and sleep when I got the news of his disappearance, that he did not get to school and he could not be reached,” he said.

Saliu, who spoke through an interpreter, said just as he was happy to hear from his son, when he called while in captivity, the news he got saddened his heart and increased his fears.

“The only thing I could do was to pray,” he said.

The assistant Imam of the Tunga Maje Central Mosque, where AbdulWaheed teaches Arabic, Mohammed Kabir Ishaq, advised residents to always be steadfast in their service to Allah as one cannot say which of the services would be rewarded by Allah and rescue them from trouble.

He strongly spoke against begging, saying: “It is not allowed in Islam to be going round and be begging. Islam also condemns killing people, Muslims and non-Muslims. Islam does not allow anybody to take the life of somebody.” 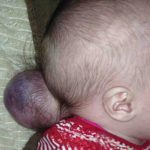