Lol Beyonce 101, 201, 301 and 401
Rutgers University is offering a class on Beyoncé Knowles, taught by Kevin Allred, a doctoral student and teacher in the Department of Women and Gender Studies. The class is not about how awesome she is or how you too can “wake up like dis,” but on “Politicizing Beyoncé.” This is what Allred had to say about the course to Rutgers Today:

“This isn’t a course about Beyoncé’s political engagement or how many times she performed during President Obama’s inauguration weekend,” he says. Rather, the performer’s music and career are used as lenses to explore American race, gender, and sexual politics. Allred pairs Beyoncé’s music videos and lyrics with readings from the Black feminist canon, including the writings of bell hooks, Alice Walker, and even abolitionist Sojourner Truth.

Course topics include the extent of Beyoncé’s control over her own aesthetic, whether her often half-naked body is empowered or stereotypical, and her more racy performances as her alter ego, “Sasha Fierce.” In-class discussions often lead to other vocalists, including Billie Holiday, Nina Simone, Lady Gaga, and contemporary musicians who embrace the soul singing tradition like Adele and the late Amy Winehouse.
As for Bey, and why he thought she would be a good central focus for a class on race, gender and sexual politics, he says “She certainly pushes boundaries. While other artists are simply releasing music, she’s creating a grand narrative around her life, her career, and her persona.”
She isn’t the first figure in music to have a class based on her or her music. Of course, Michael Eric Dyson offered a course at Georgetown on her husband called “The Sociology of Hip-Hop: The Theodicy of Jay-Z” and courses have also been done on Tupac, Oprah and Lil Kim.
If you were still in school and your University offered you such a course, would you be interested? 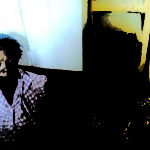