A never-before-seen video shows the moment Barack Obama reunited with his half-brother Mark Obama Ndesandjo after two decades apart.  Ndesandjo, who shares the same father as the president, decided to surprise his half-brother right before a debate with Hillary Clinton in the lead up to the 2008 elections.
The half-brothers had met on only one prior occasion, when Obama visited his father’s family in Kenya in 1988.  The video obtained by Inside Edition shows candidate Obama entering the room, seeing his brother and looking extremely surprised.
How are you? Good to see you,’ Obama says as he goes up to hug his brother and slap him on the back. ‘How you been man?’
‘It was amazing,’ Ndesandjo recalled of the reunion. ‘We just laughed and we hugged each other and we were brothers.’ President Obama is Ndesandjo’s older half-brother. Their father, Barack Obama Sr, married Ndesanjo’s mother Ruth Baker a few months after divorcing the president’s mother, Ann Dunham. 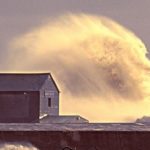 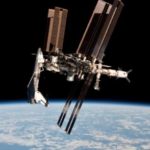