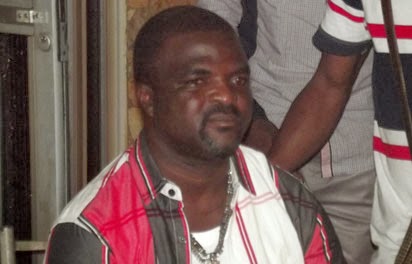 Popular Fuji musician, Abass Akande Obsere opened up on the rape allegation levelled against him by a lady, Olanike Olaiya, a graduate of The Polytechnic, Ibadan, with whom he has a romantic and business relationship.
According to Obesere in an interview he granted P.M.MEWS on Wednesday in Lagos, southwest Nigeria, Olanike’s rape allegation was concocted to extort between N5 million and N10 million from him.
On the night the lady claimed she was raped, according to Obsere, “We slept together in the same room and it was a mutual consent. We never had any grudges prior to that night and none ensued while we were there. All she is trying to do is blackmail me. How will someone build a house for 30 years and another person will just try to destroy it in one day?”
Obesere said the lady wrote in her statement to the police at the Special Criminal Investigation Department, SCID, Panti, Yaba, that she wanted money from him.
On what transpired at Panti, Obsere said: “They (police) said she must have an evidence to  substantiate her allegation, but there was no proof that somebody tried to force her and there wasn’t even any scratch on her body to suggest that there was a tussle with someone.
“The officer who interrogated us blamed the IPO who monitored the case from Isolo for not investigating it properly. They asked us to go and promised to call on us whenever we were needed again for further questioning. But they made her realise that most of her allegations were spurious.”
He said he was dating Olanike and also wanted to assist her to take up the distributorship of ‘Obesere Rice’ which he was importing into the country soon.
Obesere, who is married, said he got to know the lady through a businesswoman who asked him to assist Olanike.
Trouble started about two weeks ago when Olanike went to Isolo Police Station to report that Obesere had raped her mercilessly and later inserted a ring into her private part which made her to bleed.
According to Olanike, “I got to know Obesere through one of my friends, Mrs Bola Okoro. She told me that Obesere would assist me in my business.
“I deal in office equipment and when I contacted Obesere, he asked me to meet him in his family house at Okota. When I met him, I introduced my business to him and he promised to connect me to some of his friends in Dubai who would sell goods to me on credit.
“After the discussion, he started demanding for sex and I refused and when I wanted to leave, he insisted I should sleep over in his house because it was late and he claimed that it was dangerous to go out late in the night in his area.
“I thought he was a responsible man and I decided to sleep over, but at the dead of the night, he came into the room where I slept and pounced on me.
“He raped me and afterwards inserted a ring he wore into my private part and I started bleeding. He hurriedly left me in the room, saying he had an appointment to fulfil.
“I could not bear the trauma and the bleeding and I reported the matter to the police.” 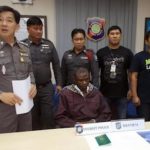 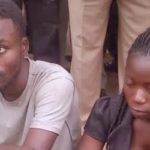