Our dear President today paid a visit to the Late President Umaru Yar’adua’s mother Hajia Aya Dada  in Kastina.
President Jonathan, who was on a two-day state visit to Katsina, arrived at the Yar’Aduas’ compound at 9.20 am accompanied by Gov. Ibrahim Shema. Jonathan and his entourage was received by Alhaji Mustapha, the younger brother of the late president, who led them to their matriarch.
Shema introduced the president to Hajia Aya Dada and Jonathan in humility knelt down before her to receive a motherly blessing.
He also paid homage to late Yar’Adua’s elder brother Alhaji Yusuf Musa Yar’Adua before leaving the compound.
The late Yar’Adua became the first civilian leader in Nigeria to take over from another after winning a presidential poll in 2007 with Jonathan as his Vice.
Yar’Adua, 58, died of a chronic heart disease, pericarditis, an inflammation of the lining around the heart, on May 5, 2010, which constitutionally paved way for Jonathan to take over as president. 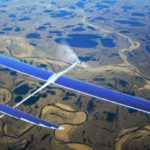