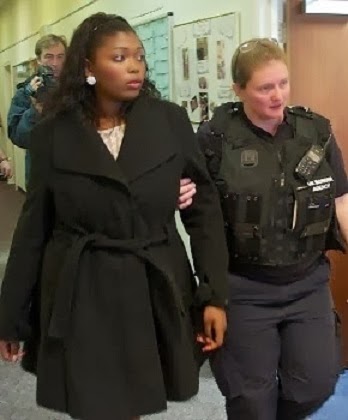 A bogus bride was caught minutes before she could tie the knot with her fourth husband. Raquel Neto Furtado De Andrade had already married three Nigerians to help give them the right to stay in Britain.
But her attempt to marry again for cash was foiled by suspicious staff at a register office. They tipped off immigration officials about the bigamous 22-year-old, who used the same wedding dress at each ceremony.
Her scam was exposed at Harrow register office in north London. Checks revealed De Andrade had three ‘husbands’, none of which she had troubled to divorce. The fourth groom, a 32-year-old Nigerian, was arrested with her and has been kicked out of the country.
The couple arrived at the register office on October 3 with hardly any family or friends to support them on their supposedly special day.
There were unexpected guests however – in the shape of a team of immigration officers. They pounced as the bogus ceremony was about to get under way.
De Andrade, from Tottenham, north London, was charged with two counts of bigamy, two counts of facilitation and one count of perjury. She admitted the charges in February and was jailed at Harrow Crown Court on Tuesday.
The hunt is still on for her three other husbands so they can be expelled too.
It is estimated that 15,000 of the marriages that take place in England and Wales each year are bogus. In January, an official report concluded the scams exploit a ‘massive loophole’ in border controls.
Non-EU citizens can acquire the right to live in Britain from any EU national staying here.
This provides a ‘golden ticket’ for those wanting to stay in the country, according to immigration inspectors.
Most shams involve ‘Away Day Brides’ from Eastern Europe who come over for a few days to marry and then return to their home countries.
Most fake husbands are from India, Pakistan, Bangladesh and Nigeria. Sarah Burton, head of the West London Home Office immigration enforcement team, said: ‘This was a cynical attempt to bypass immigration controls. 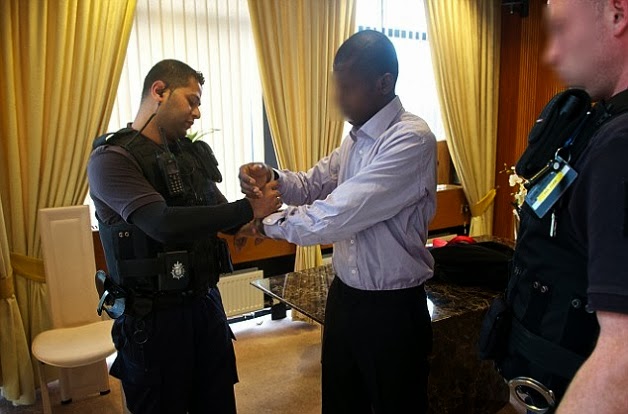 De Andrade thought her plot would go unnoticed but our officers were one step ahead of the game and stopped the couple in their tracks.
‘We are working closely with registrars across London and the UK to clamp down on sham weddings and civil partnerships. These convictions are examples of the success we are having.
‘Where there are suspicions that a relationship may not be genuine we will investigate and, if necessary, intervene to stop it happening.’
Susan Hall, leader of Harrow council, said: ‘We are working closely with the Home Office to tackle this issue. Our registrars are trained to spot and report marriages that may not be genuine. This serves as a clear warning that a jail term could await those who try to abuse the system.’