Rev Okono Joseph of St Peter’s Parish of Owerri Catholic Diocese in Imo State, was arrested with 20 others for buying two boys (three and four years) at N900,000.The children he sold ranged from N450,000 to N750,000 depending on the sex of the child. A male child attracted higher prices.The Rev Father said he was involved in only two deals which fetched him only N46,000 interest
Duke said the leader of the syndicate, Onyekedru, could not remember the number of children he has sold. He usually operates in conjunction with agents, who liaise with government officials in children homes and maternity hospitals. Over 20 children were rescued.
Duke said most of the children stolen were sold through Uchenna, who had in his earlier statement, allegedly admitted to losing count of the number of children he had facilitated their theft and sales, however said he was ashamed of the business since it has brought him disgrace and shame. He said he was lured into the business by women who had no children of their own.
Two other suspects,Mercy and boyfriend Collins said they started the baby sales business in November last year, and since then they have kidnapped and sold more than ten babies. Mercy however said she was only involved in five which she was paid N100,000 each.
The parents of two children recovered were full of joy. 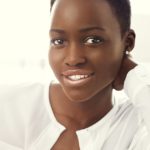