Saw this funny article and decided to share it. Now, this is a very insightful break down of the different types of Nigerian girls, the writer boxed them into regions for better comprehension. Read below:

Amaka is the type of girl who is ready to be whatever you want her to be, as long you have whatever she wants (cars, houses, containers, chieftaincy titles etc).

Amaka is likely to be naturally light skinned, hairy and quite pretty, she loves shiny clothes and red lipstick. Amaka is also likely to have a little problem with pronouncing words that start with the letters R and L, she is homely and very peaceful (until you take her for granted). Her weaknesses are self-composure and esteem as she is easily intimidated by classier woman (hence making the very loud Amaka become an introvert) … But one good thing Amaka would leave you with is hunger for her meals.

When Funke talks or whispers, you would think she’s quarreling with you. Her persona is quite funny. She’s likely to be dark skinned, busty and somehow pretty; she loves the night life and would stop at nothing to flaunt you before her competitors. She is likely to have more female friends, grouped into different names on her phone and diary (e,g Binta Secondary school girls, Great-Ife ladies, Bukki’s wedding bridal friends).

Funke is one that can never be intimidated (or intimidated, as she is likely to pronounce it) because when English fails her in a brawl, there is always Yoruba as a backup; but one thing you won’t forget about Funke is her oily food. The oil in her meals is enough to ordain as many priests as they are in this lifetime …#okbye 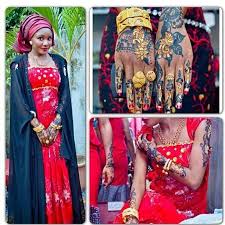 Amina is the sweetest girl ever! She is decent and homely, well-groomed and has the most potential towards being a lasting spouse, but what Amina wants? Amina gets! Amina shouldn’t be toyed with because she is either a niece or daughter to one “baba”. She is more open to diabolic means, as it is within her reach. Amina is beautiful sha oh … especially when you take off that hijab and see what Allah gave her. One thing Amina makes you remember is her total submission and respect for you.

Ekaete is just the most hilarious. From her intonation to her walking steps, you would never forget this one. Ekaete is also good in the kitchen, as your weight would never remain the same! Ekaete is raw and proud of it; but please don’t expose Ekaete too much, except you want to stop enjoying what she is known for *I no talk pass that one*.

Fejiro is comedy, because she is also a very self-confident person, whether na hand, mouth or bottle……she dey dia! Fejiro is likely to be a bad cook as everything she would cook must have little salt. Fejiro is the kind of woman that would come into your life and make others leave … she doesn’t share her man. One thing you will never forget about her is her ‘waffey’ semantics during a quarrel. 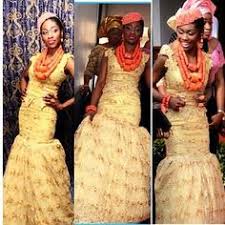 Princess could be originally named Omasiri-chi, Ebiere or Ibiso but she chooses to call herself Princess because of the need for a “Behind” English name, which is highly necessary for self-promotion. So Princess is your typical ghetto Harriet, she probably can drink more beers than you, and probably has more money sef. But, she’s with you because the need to have a “boyfriend” is crucial.

She is likely to wear a leg chain and have her eye-lash extensions in different colors. She is a trend follower and would stop at nothing to get the “latest” thing in town. She isn’t homely because she could be a mother of three (secretly), and one thing that shouldn’t shock you is when you find out is that she could be ‘doing’ girls by the side.

So gentlemen, here are the ladies and their “basic Eve-Nature”, however; education, exposure and social standing could erase or exempt these facts.

Do you agree with the writer?

Uses and health benefits of cinnamon and honey