Last week, NeNe Instagrammed a picture of an Hermes Birkin bag with her famous catchphrases painted on the front, and Wendy Williams asked her followers on Twitter what they thought about NeNe Leakes “defacing her Birkin bag and Nene Leakes replied by blasting Wendy Williams in a downright shade, one insult after another on her blog yesterday.

Although Nene has been a guest on Wendy’s show many times over the last few years, and even gifted her an expensive Celine bag, she hasn’t appreciated Wendy’s negative comments about throughout the last season of RHOA as well as Dancing With The Stars.

In a blog post accompanied by a photo of a Birkin bag that featured some of her signature phrases, Nene wrote:

Wendy I am sure people think that I’ve done something to you, maybe we had a beef or I slept with your man but none of that is true! I’ve actually only been nice to you! I gave you a beautiful black $3,200 Celine Phantom Bag to celebrate your 500th show but you haven’t spoken of that! But what you have chosen to do is constantly speak negative of me and lie on me!

What you need to do is stop spewing hate! When it comes to gossip you are the lowest of the low! I know you hate because I turned down the chance to come on your Talk Show and I am sure you’re scared I will take your place (I know you have heard! Ummhmm wink wink) BE SCARED! I have a clothing line on HSN coming out in a few days and I know it must be hard for a black woman to support another black woman but you should try it sometime. PS: My Birkin is being turned into a work of art to raise money for a worthy charity something you fail to mention on your show!

I don’t have one Birkin I have five now run tell that WIG.

This isn’t the first verbal spanking by a reality TV star that Wendy’s received lately. After Wendy called Evelyn Lozada’s newborn baby a “cash register” back in March, Eve jumped right on Twitter to read her for filth.

You know @WendyWilliams, I never bother anyone. I even bought you a beautiful bouquet of flowers congratulating your broadway debut…

Since u want me 2 open Dulce n LA. Maybe ur man can come 2 that store & purchase shoes 4 another woman like he did @ my Miami store. Bloop!

Oh…BTW…he purchased the Casadei suede over the knee boots triple platform just in case you wanted to know. #DontComeForMe #INeverBotherU.

All this shade…all this drama, guess it makes them happy! 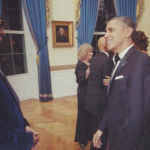