It took the prompt intervention of the fire service at the airport to avert what could have been a major disaster.

According to findings, the aircraft, with a sitting capacity of 170 passengers and registration number TC-241, had touched down at the tarmac of the airport from Istanbul, while it caught fire as a result of technical fault in the process of fueling.

An airport personnel who claimed anonymity disclosed that the fuel tanker was partly razed and the aircraft “slightly damaged”.

“It was God who saved the aircraft. Men of the Airport Fire  Service mobilised to the scene immediately. The good thing was that the fuelling was through a tanker, which partially caught fire but the fire was promptly put out, if it was underground fuelling, it would have been a disaster.” he said.

Media Consultant to former Vice President of Nigeria Atiku Abubakar, who was at the airport cos he was about travelling with his family said,

“The Airbus 340 aircraft which had the burning truck under its wings made a miraculous escape following a decision to tow it away from the fire just in time before the fuel-laden tanker burst into a towering flame.

“The flight taking my family and I, among many other passengers to Istanbul from Kano was cancelled a short while ago following indications that the aircraft, even though not destroyed, was partly damaged on its wing.

“Fire engines at the airport emptied their contents without any serious impact on the raging fire, which burnt without let until it had consumed the oil tanker.” he said. 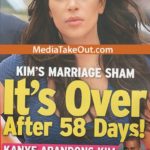