Some parts of this article could scare you a bit #Lol

When you drink soda, numerous changes happen in your body, including in your brain. A new animal study, presented at the Annual Meeting of the Society for the Study of Ingestive Behavior, found that sugary beverages may be particularly damaging to the brains of adolescents, one of the key age groups soda companies are trying to “court.”

Both adult and adolescent rats were fed sugary beverages for one month. They then were tested for cognitive function and memory.
While the adult rats did okay, the adolescent rats fed sugary drinks had both impaired memory and trouble learning.

Next, the researchers plan to study whether soda leads to inflammation in the brain’s hippocampus, which is crucial for memory and learning.
Soda is on my list of the absolute worst foods and drinks you can consume. Once ingested, your pancreas rapidly begins to create insulin in response to the sugar.

A 20-ounce bottle of cola contains the equivalent of 16 teaspoons of sugar in the form of high fructose corn syrup (HFCS). In addition to contributing to insulin resistance, the rise in blood sugar is quite rapid. Here’s a play-by-play of what happens in your body upon drinking a can of soda.

Within 20 minutes, your blood sugar spikes, and your liver responds to the resulting insulin burst by turning massive amounts of sugar into fat.

Within 40 minutes, caffeine absorption is complete; your pupils dilate, your blood pressure rises, and your liver dumpsmore sugar into your bloodstream.

Around 45 minutes, your body increases dopamine production, which stimulates the pleasure centers of your brain – a physically identical response to that of heroin, by the way.

After 60 minutes, you’ll start to have a blood sugar crash, and you may be tempted to reach for another sweet snack or beverage.

As I’ve discussed on numerous occasions, chronically elevated insulin levels (which you would definitely have if you regularly drink soda) and the subsequent insulin resistance is a foundational factor of most chronic disease, from diabetes to cancer.

Today, while many Americans are cutting back on sugary drinks, soda remains a dietary mainstay for many. Along with energy drinks and sports drinks, soda is among the top 10 sources of calories in the US diet (number four on the list, to be exact), and, in 2012, Gallup found that 48 percent of Americans said they drink at least one glass of soda a day, with proven detrimental impacts to their health. 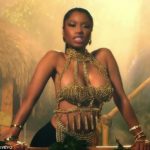 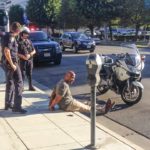