An elderly black lab named Lady, who made headlines for walking 30 miles to return to the family that gave her up, will get to live out the rest of her days in comfort at the home of a wealthy Florida heiress. Her new mom sent a private plane to pick her up yesterday.
Lady first landed in a Sedan, Kansas animal shelter after her original owner passed away in 2012 and She quickly grew attached to the first family that adopted her, but they felt she was too rough with their puppy and worried she wasn’t friendly toward little dogs. They returned her to the shelter.
She was adopted by a second family in Independence, Kan., earlier this summer, but Lady missed her previous home so much that she escaped and pulled a Homeward Bound, walking 30 miles to reunite with the owners who’d rejected her.
After that, neither of Lady’s adopted families would take her back, so the old dog boomeranged back to the shelter for the third time.
That’s where Wrigley Gum heiress Helen Rosburg comes in. Well-known as a dog lover, Rosburg once helped out a U.S. Marine who was going to lose his dogs by chartering a private plane to transport them across the country (they were too big for a commercial flight).
Rosburg just hired a private jet for Lady, too. She’s personally adopted the dog, who will live at her 10,000 square-foot home on a 120-acre Odessa, Fla., farm.
It couldn’t have happened to a better dog. 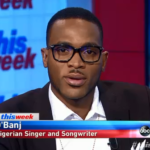 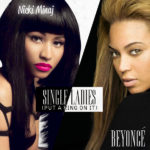