Menu
Many dogs can sit, roll over and bark on demand – but instead, this talented hound is able to balance a glass of wine on his head. 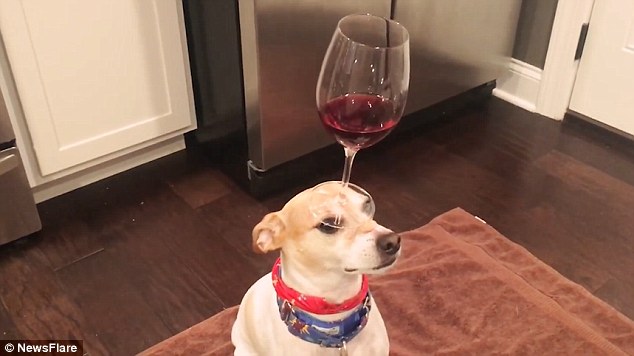 The clever trick was carried out by Ralfi, a whippet and Jack Russell mix, who sits perfectly still to balance the massive glass perched on his snout.

The 15-second clip begins zoomed in on Ralfi’s collars – but as the lens slowly zooms out, an impressive glass of red wine is revealed to be placed on his head.

The white and brown hound is sat on a towel – just in case the stunt goes wrong. But the cute canine – who is wrapped in colourful scarves and a collar – appears to be smiling as the camera captures the moment in Tennessee, USA, on Tuesday.

Despite the glass towering over the tiny dog, its size does not seem to phase him as he keeps his head facing forward. 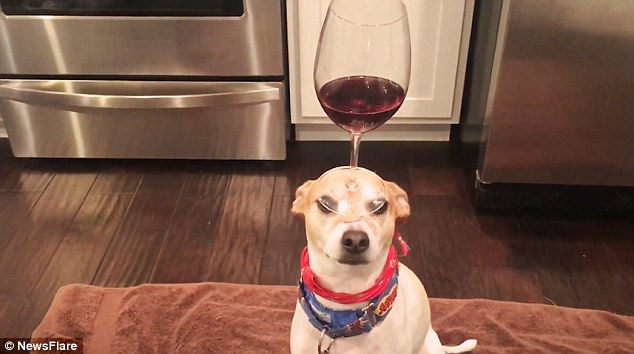 Even when his owner moves round to record him from the side, the focused pooch does not get distracted or even flinch. 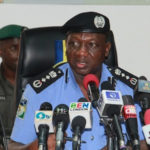 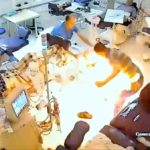