According to an account on his blog, Phillip Lechter was visiting the University of Arizona when a rickshaw he was travelling on with his wife and seven-year-old son crashed. The cart was rocked by the smash, bending Mr Lechter’s new iPhone as he was thrown to the side of the vehicle.

“I felt a burning sensation on my leg and then saw and smelled smoke from my pants.

“I surveyed the rickshaw quickly and could not find anything that could have set me on fire.

Then it hit me, my phone was in my pocket.”

A passer-by threw a cup of water on Mr Lechter’s jeans to extinguish the fire, he said.

And another man scorched his hand when he tried to pick up the phone.

According to Mr Lechter:

Once we all calmed down we assessed the damage.   My APPLE iPhone 6 burned through my jeans pocket, through my boxers and significantly burned my leg.  In the process of removing the phone from my pocket I also burnt my hip.  The Doctor’s report described a 11.5 cm x 10.5 cm burn area on my right leg and classified the burn as 2nd degree with first degree burns surrounding the area. According to the Doctor, the burn will require cleanliness, antibiotics and pain management for treatment.    In the days since the event… include interruptions to my business, workout, and family life and the ‘freak out’ factor for all involved.

He added: “This was a surreal experience, and if it hadn’t happened to me I wouldn’t believe it myself.”

The story comes hot on the heels of the #bendgate controversy over the iPhone 6. Shortly after the coveted technology was launched, some Apple-lovers reported that their new smartphones bent simply by being carried in their pockets.

Apple said that it only received nine complaints about iPhone 6 Plus phones bending after testing 15,000 smartphones.

Watch a video below, apparently taken soon after the incident, the iPhone can be heard sizzling as ice is poured on it. 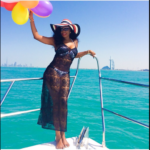 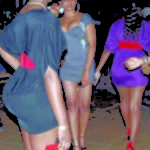