Menu
Amidst the clouds of uncertainties surrounding the 2015 general elections, Nigerians can finally find moments of warmth, excitements and laughter to look forward when the broadcast of season five of Nigeria’s leading music reality show, Nigerian Idol comes up on air from Sunday, March 1, 2015 on both terrestrial and satellite TV stations across the nation.

The broadcast, featuring mind-blowing performances at the just concluded auditions, promises to offer quality entertainment to the millions of viewers and fans of the family-oriented talent-hunt show from the country’s pool of talented music talents who participated in the auditions.

Speaking about the Auditions and what the expectations are for the viewing public, one of the celebrity Judges and Hit maker, Darey ‘art’ Alade noted that the increase in level of competition makes the show all the more interesting.

“There is a lot of competition-new voices, new faces, I can’t wait to hear them blossom and go up the ranks I guess top 100 as we whittle down to the finalists later on as the weeks go by.”

Also speaking on the quality of talents unearthed at the auditions, another Judge on the show, Dede Mabiaku assured on the readiness of the participants to offer viewers quality entertainment

“Wonderful talents,” he began. “more prepared minds because based on how we are going with it, the talks we had with some of them will empower them to keep working on themselves before they get to the top 100. So I think that is what we should expect, more quality this time,” he concluded. 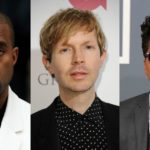