Menu
A total of top thirty contestants have been selected to participate in the next phase of the on-going season five of the Nigerian Idol TV Music reality show.

The contestants got the nod ahead of 70 others after putting up impressive showing during a technically gruelling three-day theatre audition sessions conducted by the show’s celebrity judges, Dede Mabiaku, Yinka Davies and Darey ‘Art’ Alade at the OMG’s Dream Studios, Ojodu-Omole in Lagos.

It was however a disappointing end to the aspirations of some of the contestants who failed to make the cut for the group stage. Among these are Emmanuel Bassey from the Ibadan auditions centre and golden ticket winners, 19 years –old Moneke Chisom Scholarstica and Ame Igiri, the 24 years-old medical student who was rewarded with a flight ticket by the three celebrity judges at the Abuja zonal auditions.

“I have learnt my lessons though in a hard way,” began a relaxed Ame. “This is my first time on this, so I did not quite understand what it would take to get to the next phase. I will go work on the things that went wrong.”

The theatre auditions offer the platform for the emergence of 30 most impressive contestants who subsequently progress to the group stage of the multi-million naira reality show.

Meanwhile, the broadcast of the Nigerian Idol season 5 on both terrestrial and satellite stations continues weekend of March 28 and 29 across the country. It promises to offer real time fun and quality entertainment to the millions of viewers and fans of the family-oriented talent-hunt show.

Nigerian Idol focuses on discovering Nigerian youths with talent in music and giving them a unique platform to take shots at stardom. The eventual winner goes home with N7.5 million cash reward, a brand new car, a recording deal worth N7.5 million with Universal Records and some high-end devices. 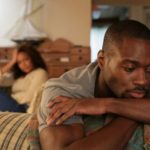