Menu
A minor who showed up at the Kofar Pada polling unit in front of the palace of the emir of Keffi in the metropolis of Keffi in Nasarawa State, has  stirred up a heated argument between agents of political parties participating in today’s governorship and state assembly elections, leading to scuffles. 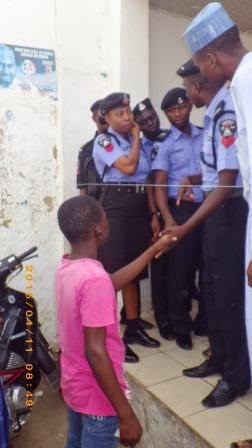 A boy of about 12 whose name Daily Trust decided not to mention, divided opinion among agents of the PDP, APC, and APGA as well as Accord party, Shehu Kassim Yamusa, Auwal Shauibu,, Monday Yohanna, and Yusuf Shuaibu, respectively, leading to a shouting match before security personnel, polling officers, and a European observers team.

Some insisted the under-aged voter, who presented  a valid PVC for accreditation be allowed to perform his civic duty at that age because he has been so registered by INEC, while others insisted he must not be allowed because doing so contravenes the provisions of the law on age of voters.

The argument lasted over 20 minutes, with agents even engaging themselves in a scuffle that took a combine team of policemen and other security agencies to separate them.

All of these happened before a team of European Observers, which was led by Dirk Veheyen, and Joelle Meganck. The foreigner observers interviewed the little boy, and took down his data, but declined to speak officially to our correspondent.

Meanwhile, the Presiding Officer in charge of the polling unit, Miss Rashidat Momoh told Daily Trust that the unit was not going to accredit the minor, although would-be voters at the unit told our correspondent that the boy voted on March 28, in the first round of elections. 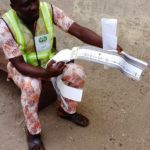 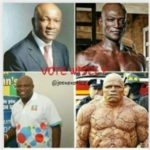