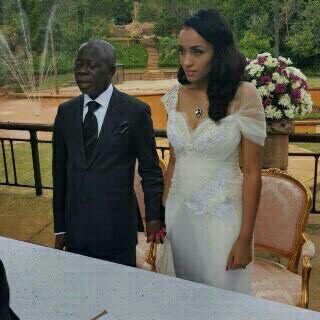 The wedding took place at the Etsako West Local Government Council Marriage Registry, Auchi, while the reception is about to begin at the governor’s country home, Iyamho.
The governor lost his first wife, Clara, five years ago to cancer.
During her burial service, Oshiomhole said:

“My marriage with Clara was a miracle of God because without her many things would have been impossible in my life. I will always remember what my wife told me, that once I am with God nothing evil can come to me.”

Adams Oshiomhole sent out a personally signed letter to friends and associates inviting them to his wedding and he also apologized for the late timing. In the wedding invitation sent out, Oshiomhole wrote

“While looking forward to the honour of your distinguished presence, I sincerely crave your pardon for the rather short notice.

Please accept the renewed assurances of my highest esteem,”

Pretty Lara Fortez is an Ethiopian, a former air-hostess and model.
President elect Muhammdau Buhari, Desmond Elliot, Chinedu Ikedieze aka Aki, are among the known faces who graced the event. Peep more pictures when you continue….. 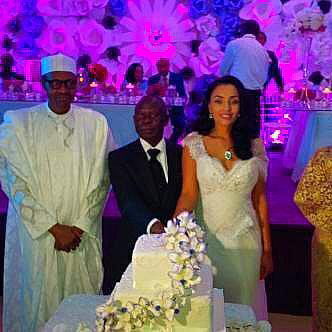 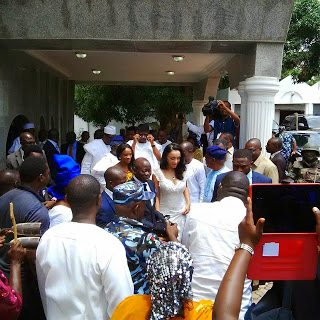 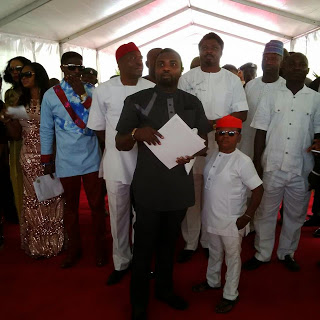 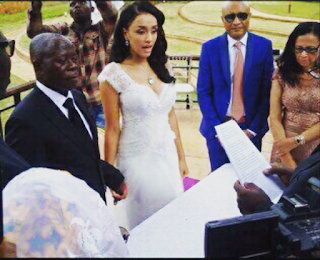 Mr. Oshiomhole’s first wife, Clara Oshiomhole, died 5 years ago in December 2010, after a long fight with cancer. She was 54 years old. Clara was the initiator of the Health Foundation for Maternal and Child Care, – a project aimed at providing healthcare for pregnant women and female children.

Above is Governor Adams Oshimole’s new wife and below is his late wife
Earlier, in 2013, while celebrating his fifth year as governor of Edo state, Oshiomhole explained the reasons why he didn’t want to re-marry after the death of his wife. The governor told press:

“Any woman who agrees to marry a man who is not rich, a man who alternates between police stations and cells and lives in a one or two bedroom apartment that is your real love.

When my wife [Clara] said I love you, it was from her heart.”

May her beautiful soul rest in peace and I pray for the new couple’s happiness and a blissful married life. 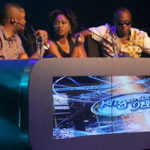