Menu
Nollywood actor Prince Eke was kidnapped last week along Owerri-Port Harcourt expresway. He saw hell in the hands of his abductors who called his wife and threatened to bury him alive if she didn’t provide the ransom by thursday last week.

The actor has been released, after paying an undisclosed amount, read his story below:

Driving to Port Harcourt with my PA, around Ubima link into Port Harcourt road from Owerri-Port road. Three guys jumped out of the bush with heavy guns, shooting directly at us driving towards them. As I tried to reverse, two came from the back with guns too. At that point I surrendered shouting ” please don’t shoot, please don’t shoot” they grabbed me and my PA straight into the bush.

At that point, they recognised I was an actor and they got so excited. We worked for a long distance inside the bush after they have already taken every thing on me remaining only my trousers.

They blindfolded and took us to one uncompleted building and then removed the blindfold. They waited till night before they took us by okada for about 30 mins ride to another uncompleted house where someone lives, because I heard voices.

There, they took away my Atm cards and requested for my pin, of which I told them. There in the building, they were 9 of them. One of them went and withdrew all the money in my accounts  and  they shared among themselves.

From there they transferred us to a thick forest at night and told us that this is where we were going to be sleeping till further notice. They chained us as we slept on the bear floor guided with four  gunmen.

The next day, they brought some dirty wrappers and said that we will sleep like kings today. Then I realised that these were young boys of about 21 / 22 years, as one of them told me his story of becoming a priest but fought and got suspended.

On Monday night, the day I saw death face to face. I noticed that the chains on me wasn’t too tight. So I thought within me that this may be the best time to escape. I pretended to be very cold and asked for wrapper to cover myself, then I started  loosening the chains, pushed the guy with the gun and ran into the bush.

They chased after me shooting. The bush was too thick that I can’t even run fast. I kept falling,  at the end they caught up with me and I thought this will be the end, one said waste him at once, I was crying and begging them to shot my legs or do any thing they wish with me but just spare my life.

Then one of them hit my head the with Pump action  and blood rained on me like one under the shower, my body was soaked in blood. The order came again

“I say waste him” and he replied “wait first”.

They beat me mercilessly, that I can’t even open my mouth well now  or even eat, they were hitting me all over my body with guns and knives. When they saw I could bleed to death, they quickly called my wife and told her that if she didn’t come up with 15 million naira by Thursday that they would bury me alive, to serve as warning to the Federal Govt. and others who think they can joke with their  business.

At the end, their boss told them to tie me crocodile style for 3 days without food. they tied my hands, legs and head together for about 3 days. I went to hell and back. I don’t  even know how to explain it. All I know is that God was in action, and knows why He gave me another chance.

One of them told me that I am so lucky to still be alive, that any body that tries to escape, is nothing but instant death. At the end, we paid the much we could gather and they freed us.

Coming out from the forest took over 45 mins on bike at high speed. I still can’t believe I’m alive today, now I know that God has a mission for me here on Earth to carry out. And am full of gratitude to God for I know now that He has a purpose for my life thus He gave me a second chance. I say His name alone be praised. May I also appreciate everyone for your prayers and support.‎ 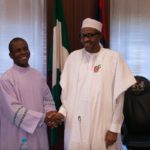 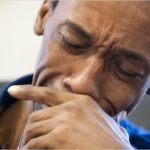