Menu
The Federal Government of Nigeria has added Thursday 7th July, 2016 as Public Holiday for the celebration of Eid-el fitr, having declared Tuesday 5th and Wednesday 6th July, 2016 as public holidays earlier.
The declaration was made on behalf of the Federal Government by the Minister of Interior Abdulrahman Dambazau in a statement on Today signed by the Permanent Secretary of the ministry, Bassey Okon Akpanyung.
This declaration followed the directive by the President-General of the Nigerian Supreme Council for Islamic Affairs, Alhaji Sa’ad Abubakar III, the Sultan of Sokoto, to the effect that the Ramadan fast continues on Tuesday as a result of the non-sighting of the moon.
The statement urged Nigerians to use this period of sober reflections to ensure harmony, unity and peaceful co-existence, while giving full support to the administration of President Muhammadu Buhari in his sustained effort to pursue socio-economic and political growth of the nation.
This public holiday extension is total loobish.
If only the F.G. could muster the courage to quantify the loss a three day holiday contributes to the economy, such a decision would not be made with recklessness & levity.
Three days knocked off a 21 working day month puts serious pressure on the run rate for Sales persons to hit projections for July.
We might as well have the rest of the week off since Friday technically ends at Jumat time.
First time in the history of the country that under a sitting President, the moon would not appear on time as expected during declared public holidays.
It’s a sign from Heaven. 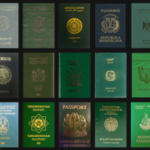 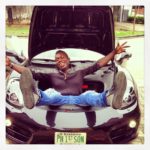