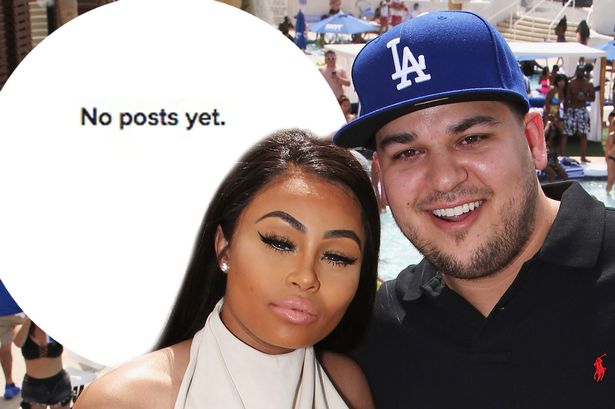 The reality TV star, who is set to welcome his first child with the model, has wiped his Instagram of pictures of the pair after they are said to have had a HUGE bust-up ON CAMERA during filming for Keeping Up With The Kardashians. 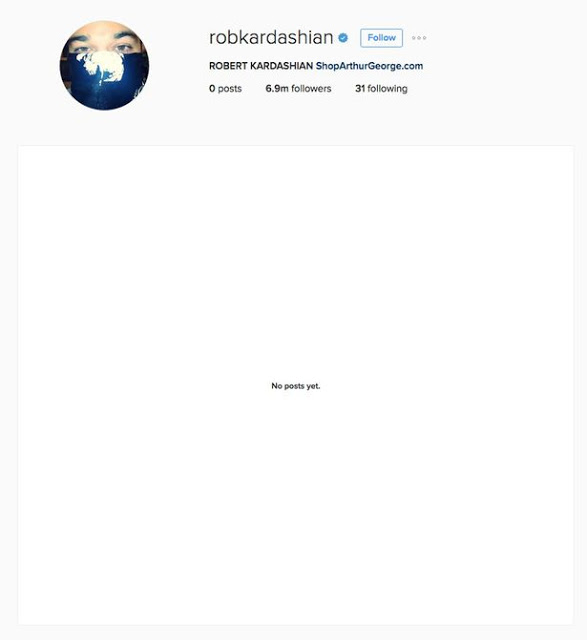 Both of them unfollowed each other, but a screenshot shows Blac followed him again this morning as they try and patch things up. What is going on?!

Just days ago, Rob shared a snap of the pregnant star to Instagram as he gushed 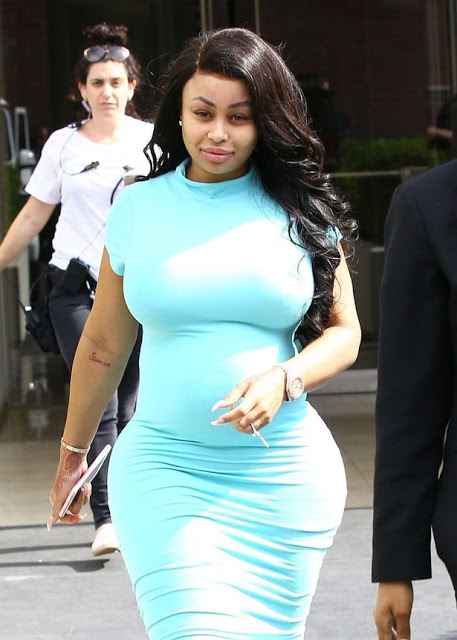 The 28-year-old former stripper definitely has that pregnancy glow and the snap showed her smiling coyly while looking through her phone.

The couple have been keeping the due date a secret, but the star must be a few months along now, meaning we will probably have a new addition to the Kardashian family by the end of the year.

Speaking recently about her pregnancy, Blac admitted it was pretty plain sailing, even if her relationship isn’t.

“Everything is normal. [I feel] great! Literally, I’m just all belly, so I’m feeling good,”
. “[I’m not] having any pregnancy cravings right now.”

“We haven’t started planning it yet. We’re doing one thing at a time.”

There was nothing i Prophesied That Didn’t Happen, Just like i said Buhari will win – Father Mbaka

UNBELIEVABLE: Rapper Desperate For Fame Shots Himself in the Mouth And Swallows Bullet [PHOTO + VIDEO]