Connect with us
Super Eagles captain and Chelsea Midfielder John Mikel Obi has written an emotional piece on the magical moments he experienced when he led Nigeria to win Olympic bronze medal victory in the just concluded Rio Olympics in Brazil. 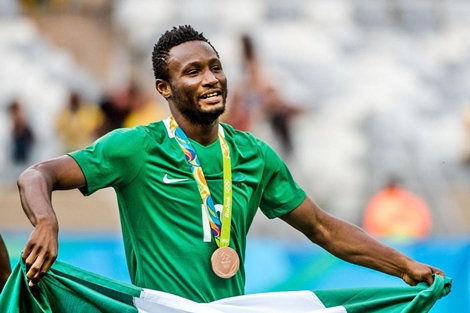 When I woke up in my hotel room on Sunday morning, I opened my eyes to see my Olympic bronze medal lying there beside me. It just hammered home to me what I had achieved with the rest of my Nigeria team-mates the day before.

We beat Honduras 3-2 to get the bronze and secure Nigeria’s first Olympics medal in any sport since 2008. All of us went into the game knowing this and it put extra pressure on the squad to perform.

The team actually played very well for the most part. We controlled the game, I created three goals to put us 3-0 up and it was all very comfortable. But we conceded two late on and all of a sudden it looked like everything was going downhill. They made us sweat a bit and we were relieved to come out victorious.


I was obviously very clear before travelling to Brazil that my target was the gold medal. But to get the bronze is still an amazing achievement. There was a celebration at the hotel afterwards, we were all jumping around. Everyone was so excited.

But we managed to get everyone to sit down together and have a team meal. After everything we have been through, it was great to have something to show for it and we all thanked each other.

I went to sleep last night with my medal beside me; I couldn’t and didn’t want to let it out of my sight. It really is a dream come true for me, for my family, my two little angels – my twin baby girls – my wonderful girlfriend, who has supported me all the way. 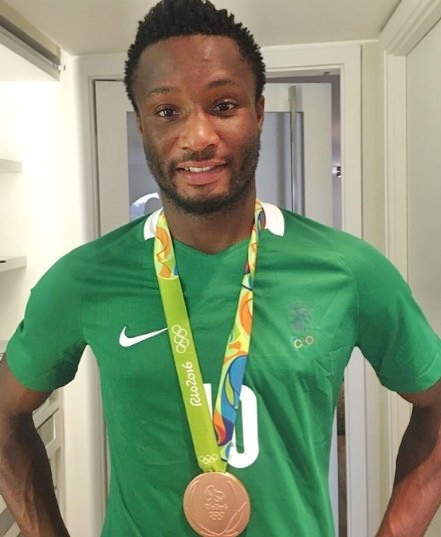 I might take the medal to the Chelsea training ground to show to the other players – I hope I don’t make them jealous though! But first off all I want to celebrate with my family, put it around my daughters’ neck, take pictures and make sure they get to see what daddy achieved.

This experience has given me the hunger to do it again at the Olympics in Tokyo in 2020. I will be only 33 then and my game will still be at a high level.

I enjoyed every minute of being in Brazil and I have been talking to the other guys about playing in another Olympics. I’m already looking forward to it and the countdown is on!

It’s also provided me with a nice lift as I return to Chelsea. I will go back to see the manager [Antonio Conte] and see what his plans are for me. I want to get back into training and prove myself. I want to play and help the team to win games.

I know it will be difficult because I have missed most of pre-season and the coach has a new way of playing. But it is a positive thing for me that I have been playing well out here in Brazil and I’m in good shape.

I will need a few days off first because this tournament has been so draining. I arrive back in London on Wednesday morning and the game against Burnley on Saturday will come too early to feature in.

The plan is to have a little break, which is why the timing couldn’t be better as the season stops for two weeks for international fixtures after the Burnley game anyway.

It will give me plenty of time to enjoy my bronze medal and reflect on what has been a magical few weeks in my football career.

About the Author:
John Michael Nchekwube Obinna, a.k.a John Obi Mikel, is a Nigerian professional footballer who plays as a midfielder for English club, Chelsea and the Nigeria national team.

He wrote this piece which was first published in Standard UK.