Connect with us
Richard Etonye the Bayelsa State Government House Accountant has allegedly absconded with N1.84 Billion. His house was reportedly raided on the orders of Governor Seriake Dickson after he absconded with his principal’s money said to be a whooping $4.6million. 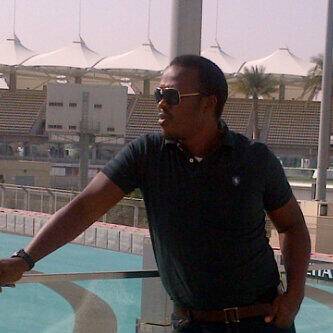 Operatives of the Special Anti-Robbery Squad (SARS) in Bayelsa State on Wednesday, raided the private residence of the Bayelsa State Government House Accountant, Richard Etonye in a secret operation that lasted for about two hours.
The house, located along Brass Road was allegedly raided on the orders of Governor Seriake Dickson after Etonye reportedly absconded with his principal’s money said to be $4.6million. The money was handed over to the accountant by the governor for safe keep just a few days before the raid on Tuesday.
A spokesman for Mr. Dickson who was contacted, said that they were not part of the raid and were not informed as to why SARS raided Mr. Etonye’s home.
The spokesman said that “[Mr. Etonye] absolutely did not take any money from the Governor” and “we were told that the team was sent from the IG [Idris] from Police Force HQ but we don’t know why.”
According to a security source close to Government House, Yenagoa, Governor Dickson had handed over the sum to his accountant cousin shortly before departing for Akure, the Ondo State capital, to conduct the PDP governorship primary which held on Monday.

”The money was given to him by Oga before we left for Ondo State but by the time we returned, the accountant was no where to be found and his lines switched off,” one source said.

”Even his wife was not at home and after waiting for over twelve hours, the governor ordered that his private residence be searched by the police to see whether or not he kept the money there. Right now, we are looking from him because he has evacuated his family from the official quarters in Government House,” the source said.

The Bayelsa State police spokesman when contacted, told a correspondent that he was unaware of any operation involving Mr. Etonye.
Source: SaharaReporters

Daddy Freeze Fired by Cool FM? Read his reaction and also see a letter which confirms he was sacked