Menu
Senator Stella Oduah’s surviving son has written an open letter to his dad over his actions since the death of his brother Maxwell.

Tuoyo Etoromi Oduah, released a press statement blasting his biological father for seeking attention over the death of late Maxwell Etoromi who died of brain hemorrhage a week ago at a Turkish private hospital in Abuja after he took a wrong medication prescribed for him following a tooth surgery.

Etoromi, who hails from Delta, told newsmen on Wednesday in Warri that he wanted the remains of his son to be buried in Warri. He said:

”I have sent a delegation to his royal majesty, the Igwe of Akili Ozizor, Ogbaru, in Anambra to express my sadness over the death of my son and how I was treated by Stella.

I read about the death of my son in the newspaper, I was not informed by Stella that my son that was delivered on 14th March, 1988, in St. Mary`s Hospital, Ugboroke, Warri, is dead.

So, I have sent a letter calling Stella, my ex-wife, to bring my son, who was under her custody, to me for burial in Warri.

His Royal Highness Igwe Oduah 1, betrothed Stella Oduah to me on 18th November, 1984, in Akili Ozizor.

We married on the 16th of December, 1984, in His Highness’ Palace in Akili Ozizor, after the payment of dowry and exchange of gifts.

We were taken to Nde-Mili where we performed the final rites.

Till now, Stella has not told me my son in her custody is dead.

There is rumour that my son will be buried in Akili Ozizor and that is unacceptable, my son must be brought to me in Warri for internment,” he said.

Well their only surviving son is not happy with the recent developments and he has released a press statement to that effect. The statement reads:

“I feel so heartbroken and distraught that during our time of mourning for my beloved brother, I have been reduced to issue a press statement against my biological father, Mr Satchie Etoromi.


“Buwa and I were the product of a short and abusive marriage that ended almost 30 years ago. To a man with many other wives and children. Stella Oduah is the only father, mother, carer and provider that my brother has ever known.

“I called Mr Satchie and the Etoromi family to inform them immediately my brother passed. I offered flights, accommodation and special care for him or the representatives of the family throughout the funeral. I offered to build a relationship and have a new start.

“I was happy and optimistic. But i was wrong. Instead of asking about his dead son, he proceeded to use my brothers passing as an excuse to shamelessly insult my mother just like he is doing now, issue death threats and even ask for dowry from almost 30 years ago.

“This is madness. Mr Satchie Etoromi’s motivation is not love, not grief, not reconciliation, not to reach out but to seek attention, bitterness, revenge, jealousy, abusive tendencies, possessiveness and maybe even genuine madness.

“Mr Satchi Etoromi, I beg you with God to please leave us alone forever and let Buwa rest in peace. May God have mercy on your soul on for what you have just done. I wanted to forgive and reconcile but your recent actions and character have revealed that it is better to be a bastard than be your son.

“This will be the first and last time that I will acknowledge and respond. Any further public words and actions from Mr Satchie Etoromi will be addressed through legal means.” 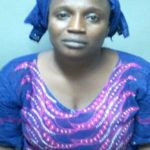 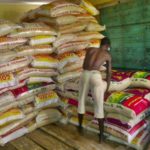