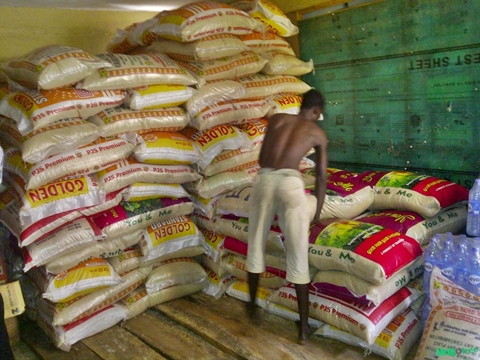 Two children aged 8 and 13 who were returning from extra-moral class in Satellite town, were on Wednesday, abducted by an unidentified middle-aged man, who thereafter, exchanged them for two bags of rice in a shop at 63, Marwa Road, near Chemist Bus Stop in the area.

According to a report by Vanguard, the abductor told the sales girl at the shop that he would like to take two bags of rice to the mother of the children, whom he claimed owned a restaurant close-by, to ascertain whether the rice was the brand she needed.

The owner of the shop, Mrs Silverline, who spoke to a correspondent, disclosed that “he (the abductor) told my sales girl that the mother of the children needed Indian rice, but my sales girl told him that what we had was Brazilian rice and that it was good.

“Thereafter, he made a phone call to someone he claimed was the mother of the children and at the end said he would like to take the bags of rice to the woman. But my girl insisted on following him to collect the money for the bags (N40,000) should the woman agree to buy them.

“The stranger said he would ride on a motorcycle with the bags of rice, while my girl followed with the children on foot. But on reaching the purported restaurant, the owner said she never saw any one with bags of rice, neither did she admit knowing the children.

“They walked to Ijegun end of Satellite without any sight of the abductor. When we asked the children about him, they said that the abductor was not their father.”

Also speaking to a correspondent, an eyewitness, Ifeoma John, said that immediately the abductor left with the bags of rice, a man who claimed to be the biological father of the children, arrived, alleging that his children could have been hypnotised by the abductor.

He contacted policemen from Satellite Division, who took everyone involved to the station, from where the children were released to their parents. 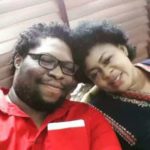 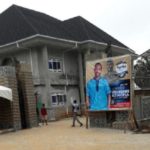